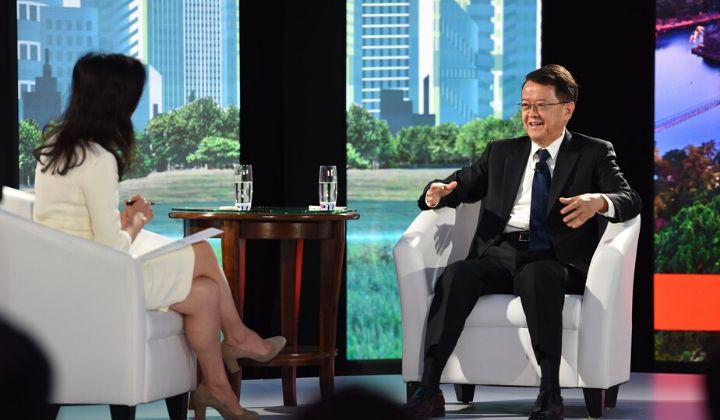 Forbes Asia just published its annual philanthropy list for 2019, and Tan Sri Dato’ Seri Dr. Jeffrey Cheah is the only Malaysian to be named as an Asian Hero of Philanthropy this year.

But that’s not all, Cheah is the only Malaysian to be named on Forbes Asia’s list three times. His contributions, according to the lists from those three years, were all for educational causes through the Jeffrey Cheah Foundation. These include a RM482 million funding for scholarships and RM35 million to support local schools.

While all that sounds really impressive, it doesn’t tell us much about Cheah aside from the fact that he’s really generous. As in, we all know that he’s the chairman of the Sunway Group and one of the richest men in Malaysia – but who is Jeffrey Cheah as a person?

So we did a little digging (ie. Google search + asking around) to find out more about the man.

Cheah was the subject of a viral Facebook post back in 2016 when someone spotted him picking up trash around Bandar Sunway.

Scrolling through the comments section, we learned that this is apparently a habit of his.

A few users wrote that Cheah does walkabouts every week to check on the town’s infrastructure, facilities, and picks up rubbish if he comes by any. An ex-Sunway staff also mentioned that Cheah “is quite particular” about cleanliness, especially on his property’s premises.

Our intern, Sarah, told us about this. She said that students would shout “Daddy Cheah!” whenever they see him on campus, and he would always be happy to hear it.

We didn’t believe it at first, but a simple Google search revealed that this is really the case:

Note: You can definitely ask him for a selfie.

Cheah mentioned in an interview with The Star that he used to play drums for a lion dance troupe during Chinese New Year. After collecting angpows for their performances, the troupe would then donate it to an old folks’ home; or he would share it with his less fortunate friends.

His scholarships really do make a difference

A friend of mine “Steven Soon” happened to be a recipient of a scholarship under the Jeffrey Cheah Foundation. During one of our conversations years ago, he did mention that he really needed the scholarship as it was the only way for him to pursue his studies in filmmaking.

So I reached out to Steven to find out how the scholarship has helped him.

“Aside from funding my studies, it gave me an opportunity to lead a group of 100 students to Lancaster University in the UK for a summer exchange programme, all expenses paid. There, I was able to be an ambassador not just for my university, but for my country,” he said.

He added, “Getting the scholarship and studying in the university has helped me grow so much that even before the completion of my degree, I was already given job offers.” Steven recently graduated with first class honours and is now working as a director of photography, editor, and scriptwriter at a media company.

Sunway College was making losses during the mid-1980s recession. However, Cheah refused to close the college as he doesn’t think people should “toy with children’s education“. He is also a firm believer that education is the main key to break the cycle of poverty. This is why he created the Jeffrey Cheah Foundation to provide financial assistance to Malaysian students and schools.

Which explains why he was named Hero of Philanthropy not once, but thrice!

Here’s to you, Jeffrey Cheah.