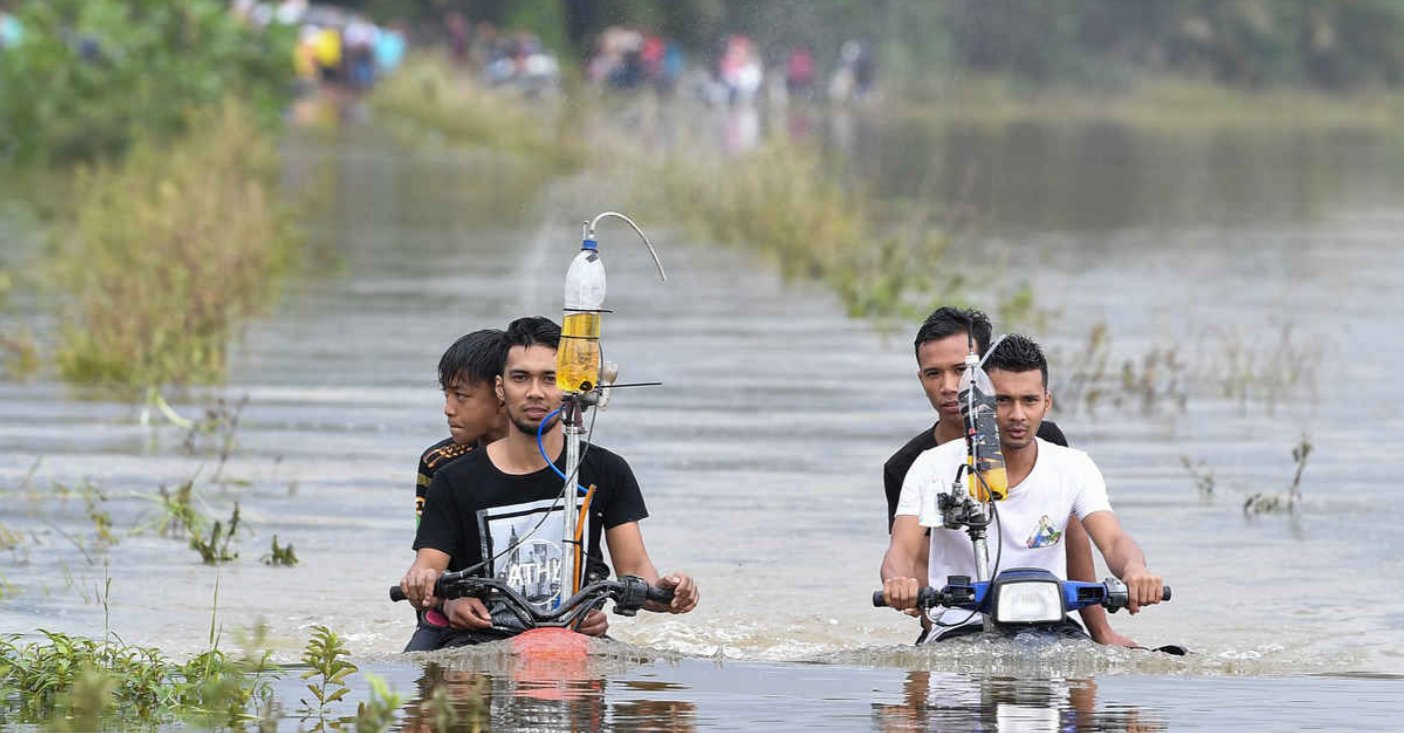 They say that necessity is the mother of invention and the case is definitely true for two brothers who ingeniously modified their motorcycles to ride through the floods that hit the East Coast recently.

Ikram Shahidi Mat Kail, 24 and Muhammad Zakaria, 22, run a workshop in Terengganu and are the ones responsible for the modifications.

Not only were the modified bikes able to plow through the water, but they can also do it at a fast pace even when the riders were neck-deep underwater.

The best part about the modification is that it only takes two hours to turn regular motorcycles into amphibious vehicles.

The flood-resistant bikes initially started out as a side project by the siblings to make motorcycles they can use to go fishing and catching birds during the flood season.

Out of curiosity, they began modifying the motorbikes. Despite failing in their first attempt, the brothers persevered.

In fact, last year, I tried to do it but did not succeed, because the motorcycle engine died in the water. However, I decided to try again recently, and from various input received from fellow motorcycle enthusiasts, we managed to complete the modifications within two hours.

To make the motorbikes work, the brothers stripped the components and made a few adjustments.

They use a water bottle as a makeshift fuel tank, besides modifying the carburetor, exhaust and engine vents to allow it to be used underwater.

Despite not being formally trained, the two had a passion for automotive engineering since childhood.

Before setting up their own workshop in their village in Kampung Banggol, Setiu, the two brothers worked with other mechanics for a few years to learn how to fix motorbikes themselves.

They were testing out the bikes in their own neighborhood before the video of their amphibious bikes went viral.

Although they were successful in their attempt to make the vehicle, they are still interested in receiving formal training.

They also plan to make the bikes available during the flood seasons to help bring villagers to safety.

It shows that when there’s a will there’s a way, and Malaysians are truly a smart bunch in overcoming adversities.

You can view the videos here: