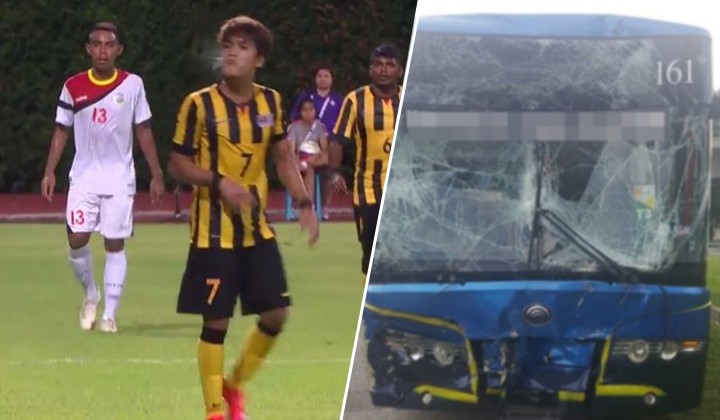 The 30th Southeast Asian (SEA) Games have officially started in the Philippines. The host country is (not surprisingly) leading the games with the highest amount of medals achieved.

The biennial games were initially called the SEAP Games in 1959. Although many have argued that it has outlived its purpose and should be revisited, its relevance is still maintained to this day

Seeing as there have been so many problems going on with the 2019 SEA Games, letâ€™s take a look back at all the times the SEA Games have gone so well.

The secretary-general of Thailandâ€™s Olympic Committee, Jaruk Areerajakaran had made claims that the Philippines was cheating throughout the course of the SEA Games by rigging the results of the events.

This issue prompted the Thai Prime Minister Thaksin Shinawatra to consider bringing up the issue during the upcoming ASEAN summit in Malaysia after the SEA Games.

The Philippines had denied such allegations.

However, in solidarity with fellow athletes, the Filipino winner of the 10,000-meter run exchanged his own gold medal for the silver medal of the Thai runner.

The vice president of the Thailand Olympic Council, Chaiyapak Sirawat then apologised on behalf of his country for the report.

The Philippines has arguably one of the proudest boxing traditions, but during the 24th SEA Games, their male boxers decided to put their gloves down to protest unfair decisions involving their female teammates.

The Filipinas were on the losing end of the event as they lost all 5 rounds to Thailand.

So, two of the male Filipino fighters decided to forfeit during the opening bell and four more did so during their rounds.

A Thai newspaper stirred up more drama by shading the Filipinos in a headline that hailed every gold medal their country received as â€œunquestionably cleanâ€.

Itâ€™s pretty well-known by now that the host countries of SEA Games tend to have a leg up against their competition.

In 2011, Indonesia took this to a whole new level and introduced a sport that had never made an appearance at the SEA Games before: roller skating.

The host country swooped the competition off their feet by winning all 12 gold medals for the event, prompting negative reactions from other competing countries.

The Malaysian football teamâ€™s Nazmi Faiz got the red card for spitting at an opponent from Timor Leste.

After already facing a two-match suspension for his red card, Nazmi accepted the consequences of his action and was sent home soon after with a 6-game ban from SEA Games.

Then Malaysian chef-de-mission Datuk Seri Norza Zakaria mentioned that such behaviour was unacceptable and everyone should exercise the highest levels of sportsmanship.

Even his coach Ong Kim Swee agreed that he could not accept this kind of behaviour as it had made things difficult for the overall team.

When Malaysia hosted the SEA Games, a bus carrying 30 athletes and officials from the Philippines and Thailand braked suddenly to avoid hitting a motorcycle and ended up in an accident.

Fortunately, the accident wasnâ€™t fatal. However, seven members of the Myanmar squash team were taken to the National Sports Institute clinic for treatment.

The tournament was temporarily postponed and two athletes pulled out of the competition due to whiplash.

As you can see, every country had its moments and truthfully, thatâ€™s okay!

Bearing in mind that the SEA Games have only been going for 30 years, we still have much to learn and improve from one another.

All in all, these games are meant to ensure that each country is able to engage in a friendly and fair game to maintain diplomatic peace.

It is the time where each country puts their differences aside and come together in friendly competition insteadâ€¦.. Right?

That being said, we canâ€™t wait to see what else the 2019 SEA Games have in store for us!

[Watch] Another Explosion & Shooting Incident In Narathiwat Province, Near The Malaysia-Thailand Border