If you’ve ever wondered what (theoretically) happens in Taman Duta in Kuala Lumpur, this is the answer. 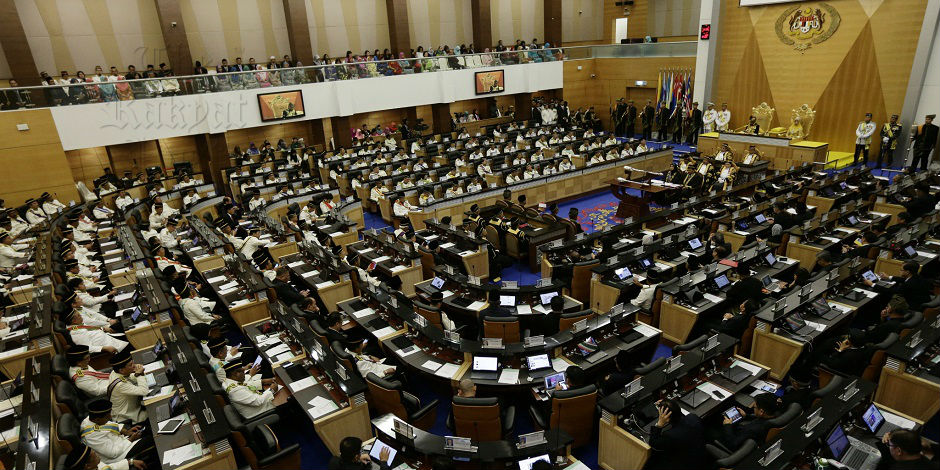 The Parliament is one of the most talked-about topics in Malaysia, whether it’s in the media or during those mamak sessions when our friends start to talk about politics.

But what Is Parliament?

It’s the National Legislature of Malaysia and is based on the Westminster system. The parliamentary government system was developed in the United Kingdom and the name originated from the Palace of Westminster.

In Malaysia, Parliament is the legislative authority and enacts laws to be enforced nationwide. It passes Federal Laws, amends existing laws, examines the government’s policies, and approves expenditures as well as taxes. The Parliament also serves as the forum to discuss matters of public interest.

What is Parliament made up of?

They are elected once every 5 years in the General Election or when the Parliament is dissolved by the Yang di-Pertuan Agong on the advice of the Prime Minister.

The Upper House of Parliament is the Dewan Negara, where the Members are referred to as Senators.

The Senate is comprised of 70 members and they are:

On the other hand, the Speaker of the Dewan Rakyat doesn’t have to be a Member of the House to be elected as the Speaker by the House.

However, their two Deputy Speakers are chosen from among the Members of the House of Representatives.

It’s made up of the Prime Minister and his Cabinet who are also MPs. The Prime Minister is appointed by the Yang di-Pertuan Agong and acts as Head of Government but is constitutionally below His Majesty.

The Prime Minister then will select Members of his Cabinet, who will be appointed as Ministers by the Yang di-Pertuan Agong. They are the ones who formulate government policy and draft bills.

There is also a Deputy Prime Minister, the de facto successor of the Prime Minister should he/she die, resign, or be incapacitated.

Also, the Prime Minister can also be replaced by losing a no-confidence vote or by failing to pass a budget. When that happens, he must either submit his resignation to the Yang di-Pertuan Agong or ask His Majesty to dissolve the Parliament.

If His Majesty refuses, the Cabinet must resign and the Yang di-Pertuan Agong will then appoint a new Prime Minister.

When do they convene?

MPs meet at the Dewan from Monday to Thursday, this is because Friday is considered as part of the weekend in Johor, Kelantan, Kedah, and Terengganu.

How do they propose a new bill?

It starts when a particular Minister or Ministry prepares the first draft which is then discussed by the Cabinet. If it is agreed to be submitted to Parliament, it is distributed to all MPs and will go through three readings in the Dewan Rakyat.

A 2/3 majority is usually required to pass the bill, but in certain cases, a simple majority would do.

What happens if the bill has passed Dewan Rakyat?

It is sent to the Dewan Negara, where the three readings are carried out again. They may choose not to pass the bill, which delays its passage by a month, or in some cases, a year.

Once this period expires, the bill is considered to have been passed by the House. It’s then presented to the Yang di-Pertuan Agong, who has 30 days to consider the bill.

Should he disagree with it, it will return to the Parliament with a list of suggested amendments. Parliament must then reconsider the bill and amendment it before returning it back to the Yang di-Pertuan Agong within 30 days.

The Yang di-Pertuan Agong then has another 30 days to give the royal assent. Otherwise, it passes into law. The law does not take effect until it is published in the Government Gazette.

MPs who are not in the Cabinet can also propose bills via the Private Member’s Bills. It is also possible for members of the Dewan Negara (Senate) to initiate bills.

However, only Cabinet Ministers are permitted to move finance-related bills, which must be tabled in the Dewan Rakyat. Most motions are typically approved or rejected by a voice vote.

So there you go, here are some of the things you need to know about the Malaysian Parliament.