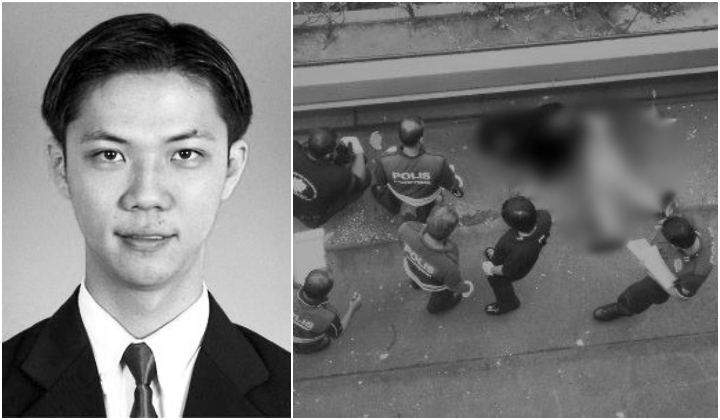 10 years ago, Malaysians were shocked to hear about Teoh Beng Hock’s death.

Since the fateful night, his cause of death is still a mystery, but a special task force is being set up to investigate it. And we may finally get some answers.

The task force will consist of the Royal Malaysia Police (PDRM) and the Criminal Investigation Department of Selangor and Bukit Aman Contingent offices.

According to Selangor Police Chief, Datuk Noor Azam Jamaludin, the task force is being set up following an order made on 16 July by the Attorney General.

This time, the case is to be investigated under Section 342 of the Penal Code for Wrongful Confinement.

Here’s a quick recap of the case to refresh your memory.

Who is Teoh Beng Hock?

On 15 July 2009, Teoh had been called into questioning by the Malaysian Anti-Corruption Commission (MACC) and was held overnight at their headquarters on the 14th floor of Plaza Masalam in Shah Alam.

The following day he was found dead on the fifth-floor roof of the building.

Why was he being questioned by MACC?

Teoh had been taken into custody to be questioned on allegations of corruption.

It had something to do with the use of allocated funds related to claims that his boss, Ean Yong had paid RM2,400 for flags to be used during Merdeka Day celebrations, but apparently, the flags were not picked up.

Teoh arrived at the MACC headquarters at 6pm and was interviewed twice during the course of that fateful night.

The first round of interviews was reportedly held between 10pm and midnight of 15 June 2009, with no official statements being taken.

He was further questioned during a second round of interviews held between 1.30am and 3.50am on 16 July 2009. According to MACC, a statement was recorded during this time.

MACC asserted that Teoh was being questioned as a witness and was not under arrest as a suspect at the time.

However, Ean Yong has insisted that Teoh was clearly under arrest as his movements had been restricted and MACC officers had confiscated his mobile phone.

What were the circumstances of his death?

Teoh was found dead on the fifth-floor roof of Plaza Masalam the following day around 1.30pm by one of the building’s cleaning staff.

He had reportedly fallen out the window of the 14th floor of the building, where the MACC offices were located.

However, Teoh’s friends and family insisted that this could not have been true, pointing to the fact that he was to be married.

Teoh had gotten engaged to his fiance after a two-year courtship but he died the day before they were to register their marriage. A photoshoot had also been planned on the same day, followed by a honeymoon and a wedding reception in October.

At the time of Teoh’s death, his fiance was two months pregnant.

How was his death investigated and what was the verdict?

1st Investigation: An inquest was set up to determine his cause of death. Proceedings lasted 17 months and essentially, two theories were pursued: suicide or homicide.

At the end of the inquest in January 2011, the coroner was unable to reach a conclusion on the cause of death.

2nd Investigation: A Royal Commission of Inquiry (RCI) concluded that Teoh was driven to suicide due to the aggressive interrogation methods used by MACC officers.

3rd Investigation: In 2014, the Court of Appeal ruled that Teoh’s death was caused by multiple injuries resulting from a fall from the 14th floor of Plaza Masalam, a result of unlawful acts by persons unknown.

Part of the reason for this ruling was because two forensic pathologists concluded that Teoh had sustained an injury at his neck prior to his fall.

One of the pathologists further opined that the injury could have resulted in a loss of consciousness, implying that there was a possibility that Teoh was not conscious when he fell.

The magistrates believed that the injury was sufficient enough to imply criminal liability against the MACC officers involved and recommended that police reopen investigations.