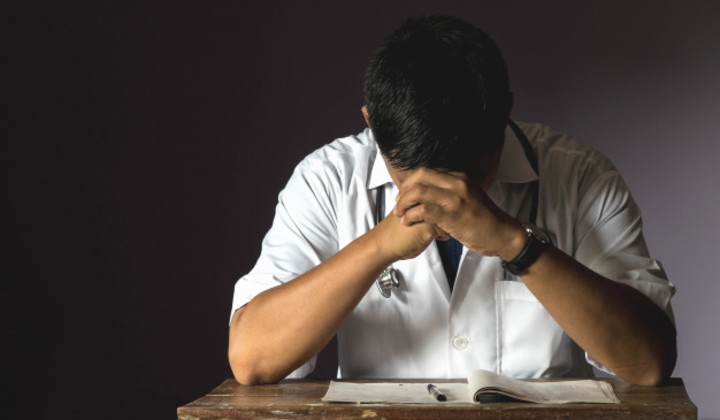 Ah, the Malaysian healthcare system. It’s no secret that while the affordability is admirable, the endless waiting times is the bane of the system.

This frustration is no secret to the rakyat, but there is a reason for this and it’s upsetting Malaysia’s doctors.

This sentiment was brought to light after an announcement by the Health Ministry on 8th November which focused on two key points:

The ministry also stated that 6,307 medical graduates have been offered the position of contract-based doctors while there are 1,152 people on the waiting list. Itâ€™s also reported that 50% new doctors will not be absorbed into permanent post.

What this means: We have too many medical graduates, but not enough positions despite needing more doctors.

A bit of background

In the past, completing your housemanship automatically equates to a permanent MO position to complete the 2 years of compulsory service.

However this is no longer a guaranteed and many doctors who complete their housemanship are offered contract MO positions instead.

â€œFollowing the increase in the number of graduates, the government is unable to provide sufficient job opportunities to graduates because vacancies are solely created based on the needs of medical facilities.â€

To clarify his statement, there is a need for doctors in Malaysia but the government does not have positions for them.

It’s essentially 10 years of hard work that leaves doctors without the guarantee of a good job.

The main problem: All contract medical officers would continue their two-year mandatory service on housemenâ€™s UD41 civil service grade, instead of being promoted like their permanent counterparts to UD43.

This means that contract MOâ€™s are
being paid the same as HOs. MOâ€™s also have noticeable salary differences
despite having the same position and doing equal work.

Malay Mail reports that Malaysian Medical Association (MMA) pointed out the salary difference reaches up to RM400 between contract and permanent MOs.

Dr Kevin Ng, Chairman of Section Concerning House Officers, Medical Officers and Specialists in MMA, told the news site that lower pay for UD41 officers who have completed their housemanship is discriminatory and has a profound negative effect on many of them.

To pursue their Masters (or any
postgraduate opportunities) for specialisation, doctors in the civil service
have to complete at least 3 years of permanent service.

This would mean that MOâ€™s under
contract position have no access to local postgraduate training programmes.

For Malaysians, this is a HUGE problem as there have been reports since 2017 that the nation simply does not have enough specialist doctors. The Star even states that the numbers are nowhere near enough and the nation is looking at a chronic shortage of medical specialist to treat patients.

Issue #3 â€“ No transparency in selection of permanent positions

Another gripe is the apparent lack of transparency in the selection of doctors for permanent or contract posts.

Code Blue, the Malaysian healthcare news site, pointed out that a Facebook survey in a doctorâ€™s group (Doctors Only Bulletin Boards aka DOBBS) found that many felt that the government doctorâ€™s evaluation system was open to abuse.

Government doctors are evaluated using
the SKT/LNPT (Sasaran Kerja Tahunan/ Laporan Penilaian Prestasi Tahunan). Each doctor
is assessed by two superiors and given a mark based on their performance over
the past year.

However, Dr Timothy Cheng of University Malaya Medical Centre has pointed out that many doctors are assessed based on how well they impress the two superiors, regardless of work ethics or attitude. He also highlights that SKT has been used to suppress subordinates, â€˜punishingâ€™ those that voice out against injustice and dishonesty.

How it impacts the Malaysian
healthcare system

Dr Kevin Ng (whom we’ve mentioned earlier) straight up says that the unfair system is demoralising and stressful for contractual MOs.

Malaysian Medics International (MMI) chairman Dr S. S. Vikkineshwaran also told The Star that many HOs who worked hard and performed well are frustrated and losing hope after failing to get a permanent doctorâ€™s post.

In addition to that, MMA president Dr N. Ganabaskaran has stated that any public sector doctors are already facing serious emotional and psychological stress due to the job requirements.

He explains that many problems in the current healthcare system such as long waiting times, rushed consultations, overworked doctors and health care staff are due to shortage of doctors.

This sentiment is echoed by Health Director-General Datuk Dr Noor Hisham Abdullah who also wrote about it on Facebook.

The Health Ministry is not completely oblivious to the issues though.

It’s interesting to note that despite having the largest allocation in Budget 2020, World Health Organisation (WHO) found that Malaysia’s health expenditure is only 4-5% of the GDP, lower than 7% and 6% spent by other low and middle-income nations.

Now, Health Minister Dzulkefly Ahmad says that the federal government in considering their application to create 10,675 vacancies in new facilities and those undergoing upgrades.

The Congress of Unions of Employees in the Public and Civil Service (Cuepacs) has also chimed in.

They are asking the government to exempt the Health Ministry from a staff recruitment curb to accommodate the increasing number of patients at health clinics and government hospitals while reducing the burden of medical staff.

[UPDATE: On 20th November, it’s reported that the Cabinet has agreed with the to raise the grade of contract medical officers from UD41 to UD43.]

For now, itâ€™s still an ongoing debate between Malaysiaâ€™s doctors and the government but the impact of these policies and decisions are sure to affect the Malaysian healthcare system for decades to come.