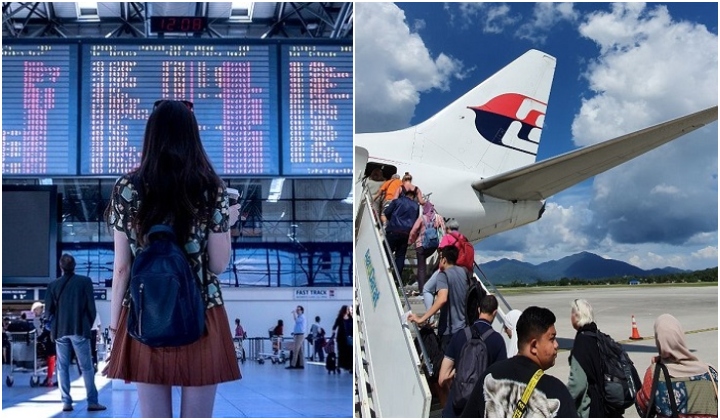 Hello Malaysians. Today, we have some sad news for you.

The new rating puts the CAAM at â€œCategory 2â€ which means that it is deficient in one or more areas, such as technical expertise, trained personnel, record-keeping, and/or inspection procedures.

ICAO and FAA are two separate bodies, btw. ICAO is a UN specialized agency that works with member states and industry groups to reach consensus on international civil aviation Standards and Recommended Practices (SARPs) and policies.

It is important to note that this does NOT mean that a
Malaysian airline is unsafe.

CAAM specifically states that the assessment covered the bodyâ€™s role as an aviation regulator.

The audit covered areas of legislation, oversight, delegation
of authority as well as adequacy of the number of technical personnel employed
by CAAM. It is NOT an assessment of Malaysiaâ€™s airlines, airports or air traffic
services.

The immediate effects of the FAA air safety downgrade are:

1. Any Malaysian airline is restricted from adding flights
to the United States.

Current flights by Malaysian carriers to the United States are unaffected but no new flights or routes can be added.

At this moment, the only Malaysian airline route to the United States by AirAsia X, which connects Kuala Lumpur to Honolulu, Hawaii via Osaka, Japan.

2. US airlines cannot codeshare with airlines from a Category 2 country (ie: Malaysia)

Currently, American Airlines codeshares with Malaysia Airlines for flights between the two countries.

FYI, codeshare is a commercial arrangement beween two airlines where they sell seats on a flight operated by the other, but each airline uses their own flight number.

Current checks (12th November) on the Malaysia Airlines site still shows flights operating between Kuala Lumpur and Los Angeles, US. However, this might change soon as the news was announced just yesterday (11th November).

What does it mean for Malaysians travel plans to US
though?

Forbes postulates that AirAsia Xâ€™s cheap US – Japan flights could be delayed after the FAA safety ranking downgrade.

Plans were already underway for AirAsia Xâ€™s fifth flight between Japan and the US West â€“ a route dominated by US and Japanese airlines joint-ventures but it now looks like these plans might be put on hold.

Nonetheless, Malaysians can still hop onboard several international
carrierâ€™s routes from Kuala Lumpur to the US.

It should be noted that CAAM isnâ€™t going down without a fight.
Theyâ€™ve acknowledged their shortcomings and the CEO of CAAM has tendered his
resignation on 1st November.

Additionally, CAAM promises to gain back the Category 1 status, working in addressing the issues highlighted in the FAA audit and making serious changes in its structure and operations.

Theyâ€™ve also requested the FAA to conduct a re-assessment within the next 12 months. So we’ll just have to wait and see what happens.