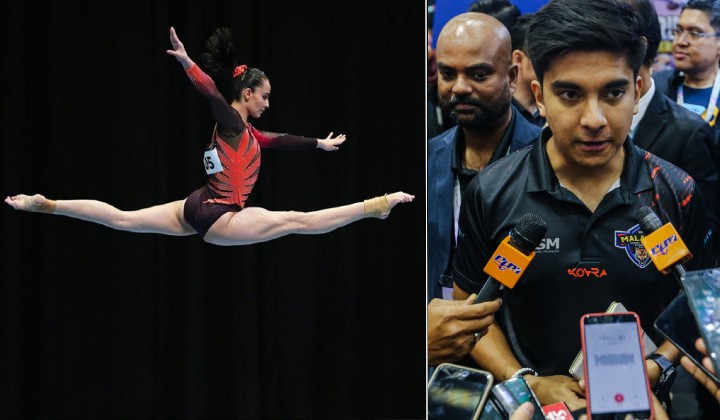 Back in September, the Terengganu state government, led by Parti Islam Se-Malaysia(PAS), introduced a shariah-compliant code of conduct for sports. One of the most impacted sports is female gymnastics, said to involve â€œindecent sportswearâ€ and â€œarousing movementsâ€.

As soon as this was brought to light by the media, Syed Saddiq took to Twitter to speak out, saying that the government will take over the National Sports Council (NSC) of Terengganu, should the report be proven true.

I will never tolerate this.

If true, KBS will take over control of MSN Terengganu & absorb their young aspiring athletes who are discriminated.

I personally will meet up with the athletes affected to ensure that their future in Gymnastics will not be compromised. https://t.co/99c6HA9ofO

The Muar MP also mentioned via the ministry Whatsapp channel that he is still getting to the bottom of it due to the confusing stance of Terengganuâ€™s state government about the issue.

“They told me that theyâ€™ll allow for the gymnasts to participate in Sukma. That they will be taken care. But at the same time, insisting something else when asked by the media. Uncertainty kills talents.”

Meanwhile, Channel News Asia reported that the Terengganu Gymnastics Association is cutting back on training potential female gymnasts in schools and shifting the focus to male gymnasts instead, as per the new guidelines.

Despite having sent the largest contingent of gymnasts in 2018, Terengganu will cease to send female gymnasts for SUKMA (Sukan Malaysia) in July 2020.

Terengganuâ€™s Youth, Sports and NGO Development executive councillor Wan Sukairi Wan Abdullah, also highlighted that these guidelines have been implemented since August 2018 in stages, so as to prevent Terengganu from being seen as a â€œradical Islamic state like Talibanâ€.

“There is no compromise for these sports (rhythmic gymnastics and womenâ€™s gymnastics) as they display indecent movements, and unless the audience comprise only women, then maybe we will allow them. Even then, it would still be against the respective sportsâ€™ governing body regulations.“

Even if this new guideline takes effect and the government does end up taking over the Terengganu NSC, it still means that Terengganu-based female gymnasts will struggle.

They might have to travel back and forth to train with the national team in Bukit Jalil, Kuala Lumpur, or under more extreme circumstances, migrate and reside in a different state.