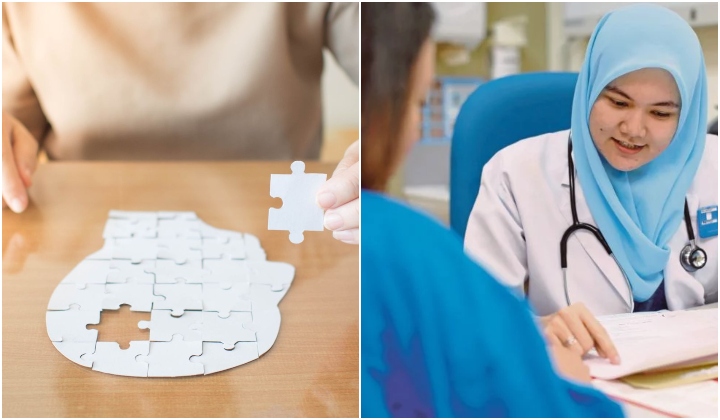 In Malaysia, 30% of the 32 million population suffers from anxiety and/or depression.Â  Since most cases go unreported due to stigma, thatâ€™s at least 9,600,000 Malaysians.Â

According to Deputy Minister of Women, Family and Community Development, Hannah Yeoh, the Social Welfare Department (JKM) saw 1,929 people come in for psychological and counselling services in 2019, a 300% increase from 671 people in 2018.

What’s shocking is that in 2019, the youngest patient to receive treatment was 4 years old, while the oldest was 74 years old.

So, not only has the prevalence of such required care increased, children as young are experiencing mental health issues.

Based on AIAâ€™s Healthiest Workplace survey, organisations in Malaysia have lost on average 73.1 days of work time per employee due to absenteeism which cost employers an average of RM2.27 million per year.

The undeniable fact is that Malaysians of all ages and of various backgrounds and work natures are legitimately suffering from mental health issues. And the problem isnâ€™t going away on its own.

According to the Datoâ€™ Dr Noorul Ameen Mohamed Ishack, Chairman and Managing Director of Qualitas Medical Group, there are several reasons why it’s so difficult to get treatment in Malaysia even though mental health is a legitimate problem.

1. The shortage of psychologists and psychiatrists

In Malaysia, there are only around 7,000 psychiatrists for the whole 32 million population. Thatâ€™s about one psychiatrist for 4,571 people.

Many employers and insurance companies donâ€™t cover their employees for mental health treatments. On top of that, admitting to having a mental illness could result in the employee facing stigma in their workplace.

Although there are options out there to get mental health help, itâ€™s not easy to secure an appointment. In the public sector, a person would have to visit a health clinic first (Klinik Kesihatan) to get a referral letter and then go to the hospital to set an appointment.

In the private sector, the cost factor comes into play again.

The public sector has a screening system to identify those with less serious mental health problems like anxiety and depression.

However, detection rates are low because patients often donâ€™t volunteer information about their condition and instead tend to insist that they are ok.

No matter how hard we try to fight against the stigma, the reality is that peopleâ€™s perception will not change overnight.

So the focus should be on just helping those who need it instead.

Many donâ€™t realise that theyâ€™re overly stressed out and developing mental health issues.

They mistake the physical manifestations, such as headaches, stomachaches, sleeplessness and backaches as random ailments.

They visit the doctor, get a couple of painkillers and leave.

Next week, the pain comes back because the underlying problem wasnâ€™t treated.

Dr Noorul Ameen found that when these symptoms are treated with anti-anxiety or anti-depressant medication, 35% of patients performed better compared to those who received symptomatic treatment for their physical pain.

There are between 10,000 to 12,000 general health (GP) practitioners across the country and they tend to be the first line of medical assistance to most Malaysians.

Qualitas has proposed that these GPs are trained to identify and treat patients for mental health ailments.

And this is a pretty good idea. Can you imagine walking into the clinic and being able to just speak to the doctor in front of you about the stress youâ€™re facing at work?

There wouldnâ€™t be a need to brand the patients as having mental health problems, YET. Because this increases the chances of early detection, most will instead be treated for just for stress, anxiety or mild depression.

Treatment would be outpatient-based and could include counselling, and/or some medication for a temporary period of time.

This would mean that mental health issues can be identified while theyâ€™re still acute and treatable before they develop into more serious disorders like Bipolar Disorder or Schizophrenia.

According to Qualitas, they are prepared to play a role in solving the mental health problem in Malaysia at no cost to the government. They are looking to work with any organisation to develop a training programme for doctors and have it accredited.

As a start, they have reportedly already developed a protocol to identify stress factors and mental health issues in the workplace.