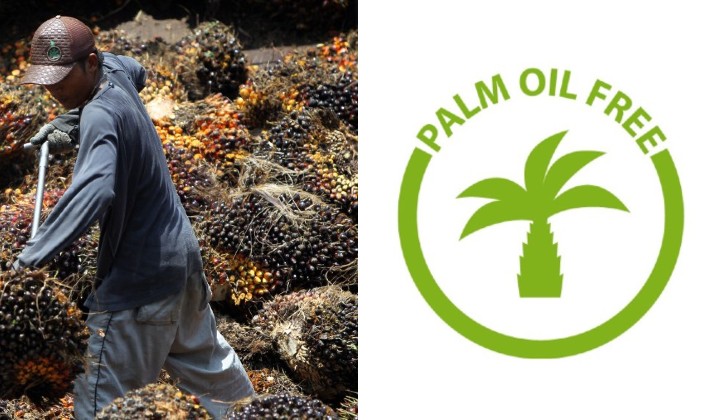 The palm oil saga between Malaysia and the European Union (EU) takes another turn as Malaysia aims to ban products marketed with “no palm oil” or “palm oil-free” banners on them.

The government sees the labels as marketing gimmicks by European manufacturers to paint a negative picture of palm oil.

They’ve cited that some products which don’t actually use palm oil intentionally put those labels to make them sell better.

Recently the cabinet approved to remove products with these labels on store shelves as a move to support the local palm oil industry.

The government views the claims as untrue and gives a bad impression of palm oil-based products without being supported by scientific evidence.

Juju You Dont Have Proof Suits GIF from Jujuyoudonthaveproof GIFs

They are following in Indonesiaâ€™s footsteps where a similar law was put in place to protect their palm oil industry.

The Domestic Trade and Consumer Affairs Minister has conducted checks on 2,609 premises nationwide and found 12 products with labels such as â€œpalm oil freeâ€ or â€œdoes not contain palm oilâ€.

Why is the European Union not keen on palm oil?

The EU is trying to stay away from palm oil and its products mainly due to the harmful effects that it has on the environment.

The Union has issued a resolution in 2017 to phase out and eventually ban biofuels made from palm oil.

It is to promote the implementation of sustainable management of all types of forests, halting deforestation, restoring degraded forests and substantially increase afforestation and reforestation worldwide by 2020.

Theyâ€™ve pointed out that there are many drivers of global deforestation, including the production of agricultural commodities such as soy, beef, maize and palm oil.

Nearly half (49%) of all recent tropical deforestation is the result of illegal clearing for commercial agriculture and this destruction is driven by overseas demand for agricultural commodities, including palm oil, beef, soy, and wood products.

It is estimated that the illegal conversion of tropical forests for the purposes of commercial agriculture produces 1.47 gigatonnes of carbon each year â€“ the equivalent of 25 % of the EUâ€™s annual fossil fuel-based emissions.

How much of our palm oil does the EU consume?

Last year, the countryâ€™s palm oil export volume decreased marginally by 0.4% due to lower demand, particularly from Vietnam, Egypt, and the EU.

What’s really happening is that there exists a situation where the Union is making an environmental decision, while Malaysia is trying to protect its economic interests and also weed out companies who try to use the “no palm oil” label for profit.