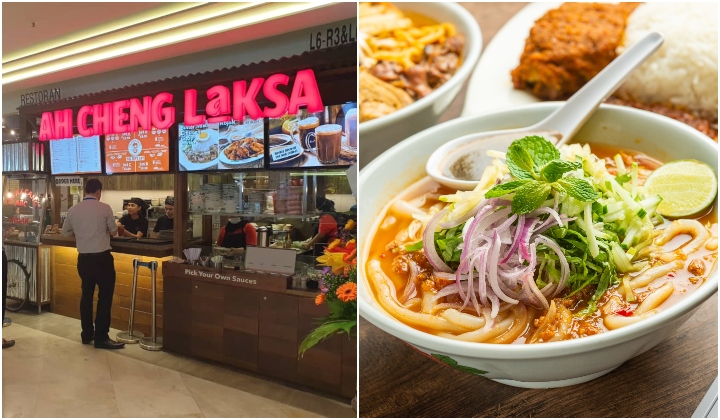 Popular laksa franchise Ah Cheng Laksa has been accused of being non-halal and adding pigâ€™s blood to their products.

Allegations against the delicious laksa restaurant came in the form of a now-deleted viral Facebook post and whatsapp message.

According to the claims, the franchise’s Allamanda Putrajaya branch did not have halal certification and that the restaurant added pigâ€™s blood into their laksa to appeal to the Chinese community.

The claims also asserted that the restaurant owner is from Pulau Pinang and that he admitted to these claims himself.

Ah Cheng Laksaâ€™s director, Goh Chun Hiang has responded to the allegations by filing a police report against the false claims at a police station in Subang Jaya.

Goh also released a statement saying that the allegations against his company are false and clarified that even the information about him being from Penang is untrue, as he is actually from Alor Setar in Kedah.

According to Goh, the company is not sure why such misinformation is being spread.

Goh also clarified that the company is in the process of applying for halal status for all their branches, to retain their customerâ€™s confidence in the laksa vendor.

Backing up Ah Cheng Laksa, Jakimâ€™s Halal Hub Division also released a statement on their Facebook page stating that although the Allamanda Putrajaya branch has yet to be certified halal, they affirm that the franchise’s central kitchen located at USJ 1, Subang Jaya, Selangor does have halal certification.

Assam laksa, traditionally, does not include pigâ€™s blood in its ingredients. Curry mee, on the other hand, is sometimes served with blood pudding, though blood is not used in making the broth.

Previously, Econsave was also accused through a viral Facebook post of deliberately not selling Muslim and Bumiputera products in their stores, while Starbucks gets accused of being non-halal on an almost annual basis.