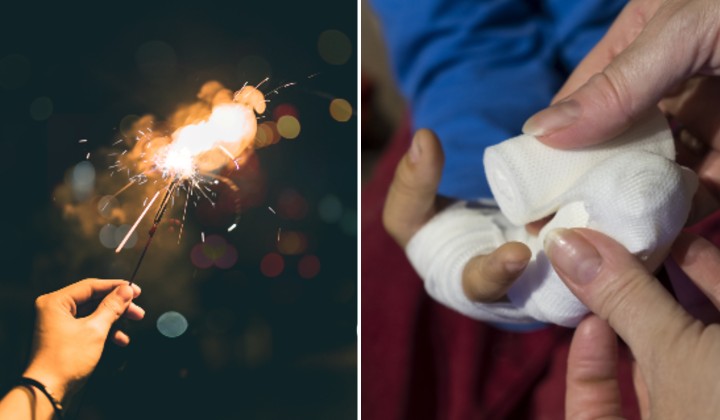 During the festive season, youâ€™ll often see and hear firecrackers set alight to celebrate the holidays.

Although they are fun to look at as they brighten up the night sky with colourful patterns, firecrackers can be dangerous.

Recently a man tragically slipped and fell onto some mercun that he had ignited. He suffered serious injuries all over his body and face and later died at the hospital after succumbing to his injuries.

According to regulations, the government does not allow any form of ignitable explosive firecrackers or fireworks except the brand Happy Boom and Pop-pop.

However, the ignition of pyrotechnics is allowed during formal government events and concerts as well as events which have been approved by the Minister of Home Affairs and Internal Security.

Since fireworks and firecrackers can be illegally bought almost anywhere these days even with the current regulations, we’ve decided to share some safety measures to keep in mind if you find yourself with a collection of fireworks.

Here are some precautions :

If accidents do happen where you or your loved ones are injured by fireworks, immediately go to a doctor or hospital.

Trust Me Im A Professional GIF from Dog GIFs

In the case of eye injuries, do take note of these measures :

In the event where someone is burned, remove clothing from the burned area, call the doctor immediately or go to the nearest clinic or hospital.

Do keep everybody in the vicinity of the firework as safe as possible or better yet, don’t light any up as most of them are illegal and may harm you or your loved ones.

Tags
fire firecracker Injury safety what to do