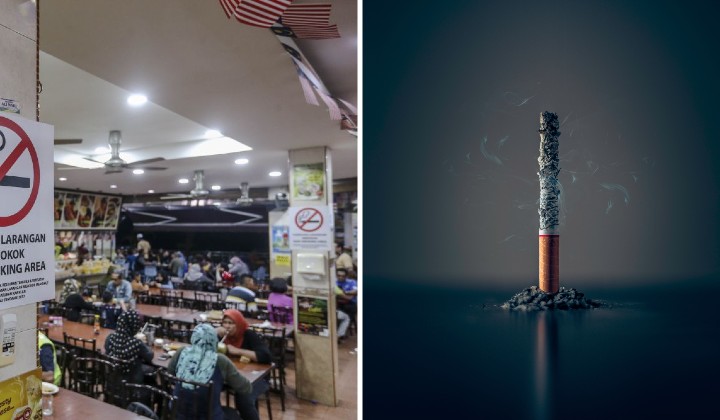 The jig is up smokers, the government is NOT going to budge on the smoking ban, so if you want to take a puff at your favourite mamak, you’ll just light it up outside.

The Health Ministry made the announcement for the enforcement of the smoking ban at all public eateries starting Jan 1 next year, today (Oct 30).

The ministry added that they would take stringent measures to protect the health of the general public.

No Smoking GIF from Cigarette GIFs

Recently the High Court dismissed a judicial review filed by the Pertahankan Hak Perokok, PHP (Defending Rights of Smokers) group who claimed that the ban breached articles in the Federal Constitution that pertain to peopleâ€™s rights and equality.

No Denied GIF from No GIFs

What happens if you still smoke at restaurants after the ban?

However, if you still want to smoke, you have to be 3 metres away from the restaurant and it applies to eateries regardless whether theyâ€™re shoplots, open air or even food trucks.

The ban doesnâ€™t only affect smokers, but restaurant owners as well.

The owner will be penalised RM5,000 and jailed up to 6 months if they fail to prevent smokers from smoking in their premises.

They will also be fined RM3,000 and serve 6 months in jail if they fail to put up the â€œno smokingâ€ sign.

How is the public reacting to the move?

Many are welcoming the ban on social media as theyâ€™ve mentioned about the adverse effects of smoking, especially to non-smokers.

The important thing today is that restaurants and eateries remain as a non-smoking place has been decided by the court.. horay, we get to eat and drink in peace without being disturbed by cigarette smoke, horay, we non-smokers are the winners in the court today

After this slowly ban the sale of cigarettes as well

You can’t do it all, but can’t leave it all

Come 1 January, make sure if you want to smoke, you have to be 3 metres away or face consequences of the law, but go ahead if you feel like donating RM10,000 to the government and staying behind bars for a very long time.