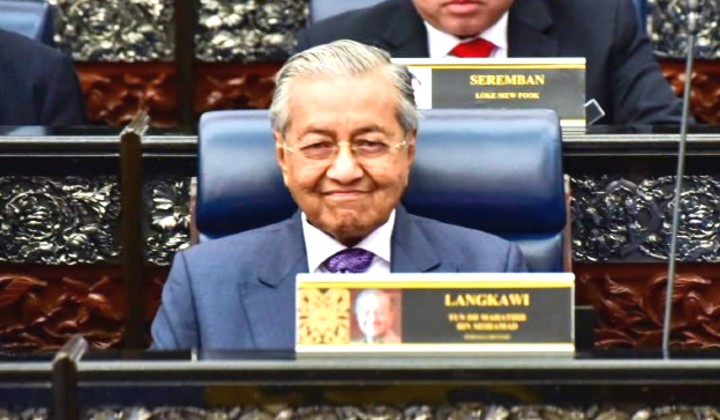 The premier spilt the beans and apologised for his actions on Twitter as well as his personal blog.

“I admit I was involved in creating the approaches used in solving the financial crisis in 1997 – 1998.”

In the posting, Dr Mahathir who was also the prime minister at the time under the former BN government said that the bailouts were necessary to prevent the country from falling deeper into economic recession.

The prime minister explained that at the time the strategy was relevant in order to fuel the nationâ€™s growth and keep the economy afloat.

He said that the government was dependent on the tax revenue from said businesses and without it, the country would have had to increase taxes to the middle and lower class citizens.

Dr Mahathir has long been criticised of cronyism during his previous tenure as prime minister from 1981 to 2003.

Critics claimed that the 94-year-old politician had enriched a small number of elites with close ties to the former government under his administration.

More recently, Dr Mahathir had been the face of reform under the Pakatan Harapan coalition that came into power in 2018.

The prime minister ended his rant by asking the question of how the country would have endured and developed if wealthy taxpaying businesses were kicked out of the country.

“If we had wanted to, we could have chased away all the tycoons. Don’t help them. Let them go bankrupt. We only help the non-tycoons.”

“But how can we help the non-tycoons if the tycoons don’t pay taxes?”

You can check out the full thread on Twitter.