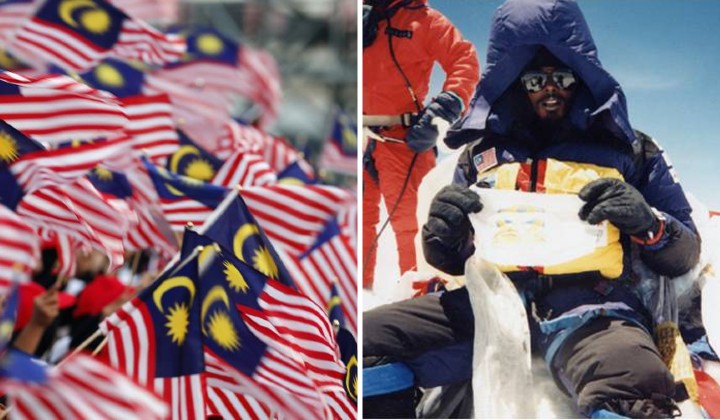 Malaysians are known to have done great things, such as climbing atop Mount Everest, representing the country in international events and winning awards along the way.

To celebrate these awesome people, we’ve rounded up 7 Malaysian Indians who have achieved great things and made all of us proud.

Congrats Thanks GIF from Congrats GIFs

A Klang-born biotechnologist, Mahalecthumy was also placed in the world’s top 100 most influential people in biotech by the Scientific American.

She advocates the involvement of more women in STEM (Science, Technology, Engineering, and Mathematics), the importance of science communication, and efforts to make biotechnology accessible.

Besides that, she is also the editor-in-chief of the Petri Dish – Malaysiaâ€™s first science newspaper published by The Malaysian Biotechnology Information Centre (MABIC), a not-for-profit organisation dedicated to creating public awareness of science/biotechnology.

Abhimanyu is a geneticist who won the “Best Science Communicator” award at Famelab International 2016 where he beat more than 2,000 scientists from 27 countries in the worldâ€™s biggest science communication competition.

A geneticist, educator, award-winning science communicator and advocate, Abhimanyu has published groundbreaking studies on the genetics of cancer, improving understanding of how cancer cells respond to new forms of therapy.

You can watch his award-winning talk below:

Datuk M. Magendran is the first Malaysian (along with N Mohandas) who climb to the summit of the highest mountain in the world – Mount Everest in 1997.

He has received numerous titles for the feat (including a Datuk-ship) and is the embodiment of the spirit of Malaysia Boleh! – a popular catchphrase in the 90s.

Datuk Ambiga is a prominent person in the Malaysian law landscape. She was the President of the Bar Council and former chairperson of BERSIH, which advocates free and fair elections.

She has been involved in the drafting and presenting of several papers and memoranda on issues relating to the rule of law, the judiciary, the administration of justice, legal aid, religious conversion, and other human rights issues.

In 2009, she was honoured with the US International Women of Courage Award for her work in championing the rule of law and advancing human rights, the status of women, and religious tolerance in Malaysia.

Govindasamy is a Malaysian race walker who won the gold at the 1998 Commonwealth Games held in Malaysia.

Besides being first at the Games, he also brought home the gold medal for the Southeast Asian Games in Jakarta in 1997 and also Kuala Lumpur in 1997 in the 50km category.

He is still the only Malaysian to have won gold in the category.

Saras Manickam is a writer who was awarded the Asia regional winner in the 2019 Commonwealth Short Story Prize for her story, My Mother Pattu.

Saras beat out 21 other entries in the yearly competition where her work is published on Granta, a site which showcases the world’s best writers – in partnership with Commonwealth Writers.

You can read here story here.

Sivasangari is a professional squash player who is also the 2018 British Junior Open Champion.

She recently won her 11th Professional Squash Association (PSA) title after winning the 2019 Australian Open womenâ€™s singles title and is the youngest ever national champion.

Sivasangari became the third Malaysian ever to win the Australian Open title since the tournamentâ€™s inception in 1979, a feat which has been done by former world number one (national squash queen) Datuk Nicol David and Low Wee Wern.

Do you know any other prominent Malaysian Indians? Share their storiess with us on our Facebook,Â InstagramÂ orÂ Twitter!