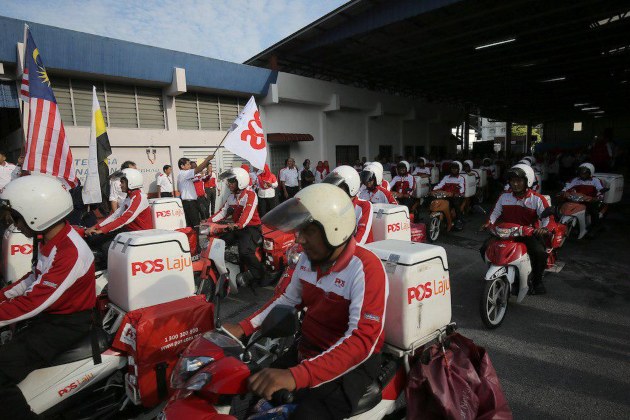 Ever wondered what happened to that parcel that youâ€™re supposed to receive but hasnâ€™t yet shown up?

Seems like Pos Malaysia was hit with a malware attack last week which prompted the postal service to lodge a police report and rectify the problem.

They’ve added in the statement that although their site was attacked, the data of customers is still safe.

While Pos Malaysiaâ€™s website has gone back online, its other website, Pos Laju is still under maintenance.

This has annoyed many of the delivery service users (sellers and buyers alike) as many have complained that they are unable to track their parcels.

🔘 waiting for poslaju to finally deliver my parcels

The poslaju abg that sent my parcel today just told me that their system is down right now and they suppose to not deliver the parcel but they still do it bc nanti customers complaint. I asked when will the system be okay again and he said he have no idea too

As an online seller, if the parcel didn’t arrive because it’s Pos Laju’s problem, is it the seller’s fault?

The company has taken proactive measures to track these parcels via Twitter, but people are becoming increasingly frustrated with the service.

If you are affected by this and want to track your package, you might want to tweet to their official Twitter page with the following details :

As of the time of writing (Oct 29), the site is still down which makes it more than a week since the malware attack.

Alternatively, if you can’t access Pos Laju’s website to track your parcels, you can also visit the link to this website to find out the whereabouts of your package.

Pos Malaysia sends around 700,000 parcels daily, so each day with disrupted services is certainly bad news!