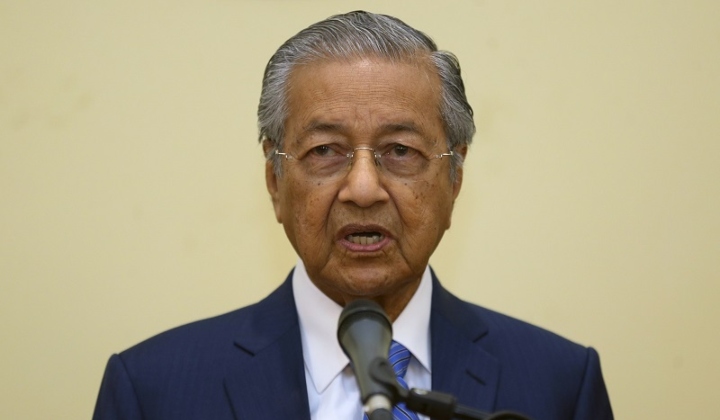 So, remember when our Prime Minister, Tun Dr Mahathir Mohamed spoke about the need to resolve the Jammu and Kashmir conflict during his speech at the 74th United Nations General Assembly in New York in September?

The speech DID NOT sit well with the people of India.

And soon #BoycottMalaysia started trending online with Indians calling for each other to boycott all things Malaysian, including travelling to Malaysia and low-cost carrier, AirAsia.

Hey Mahathir : Guess what – ur brain freeze at #UNGA just cost ur country a massive loss in revenue from Tourism as entire India is ready to #BoycottMalaysia

So now u can have a “Blast” 💥 with ur tourist friends from Terroristan 😃 https://t.co/qkf4WeaNAU

If you love & support India, start tweeting the hashtag: #BoycottMalaysia
UNGA speech,Malaysian PM had said,Now, despite the UNresolution on J&K, the country has been invaded&occupied”.He further urged India to work with Pakistan to resolve this problem. Indians must pic.twitter.com/8HBZoZENIl

And we were all like â€œpfft, theyâ€™re not REALLY gonna boycott usâ€.

MAN WERE WE WRONG.

Turns out since then, Indiaâ€™s oil-seed companies have been told to stop buying palm oil from us.

Atul Chaturvedi, president of the Solvent Extractorsâ€™ Association of India (SEAI) was quoted saying that the Indian government â€œhas not taken kindlyâ€ to Dr Mahathirâ€™s comments.

He also advised Indian vegetable companies to avoid purchasing from Malaysia from the time being to show their solidarity with their nation.

Meanwhile, the SEAI executive director, B. V. Mehta said that they have alternatives to â€œMalaysian suppliesâ€ that Indian refiners â€œcan easily tapâ€.

Some refiners have reportedly already stopped palm oil shipments from Malaysia for November and December (though some reports say that itâ€™s typical for Indiaâ€™s palm oil consumption to fall in the winter since oil solidifies easily in cold temperatures).

If you think India boycotting our palm oil exports isnâ€™t a huge thing, weâ€™ve got some numbers for you.

India has a RM38.711 trillion strong economy, which is currently the third-largest in purchasing power parity terms, and a 7.3% GDP growth rate, the fastest among the G20 nations.

Between 2005 and 2012, Indiaâ€™s middle-class has almost doubled from 304 million people to 604 million people, which has, in turn, sparked a huge demand for fast-moving consumer goods (FMCGs).

Given that palm oil is a key input in most FMCGs, India has become the worldâ€™s largest palm oil consumer and importer.

In fact, Malaysia exported 6.84 billion ringgit worth of palm oil and palm-based products to India in 2018.

Yet, despite these reports, Dr Mahathir appears to be unfazed, insisting that he will not retract or change his comments on the Kashmir conflict.

Do you think India is really boycotting us? And will their boycott heavily affect our economy? Share your thought with us on our Facebook, Twitter and Instagram!ï»¿