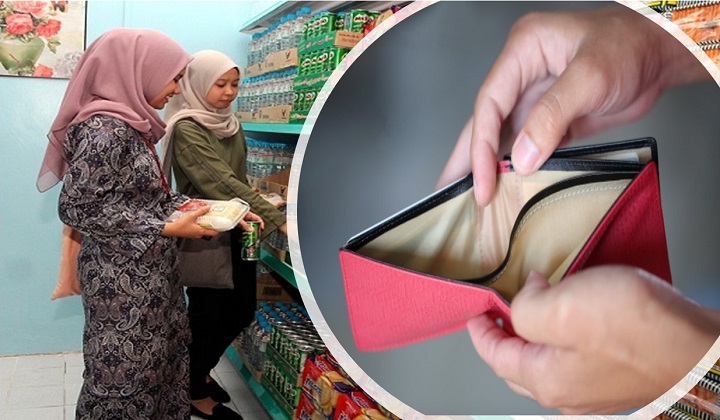 Being a hungry & broke student seems to be the norm for
Malaysians. We often come across shared stories of surviving for weeks on white
bread and instant noodles.

Acutely aware of this problem, the government set up a
national programme called Food Bank Malaysia in August 2018.

Spearheaded by the Domestic Trade and Consumer Affairs Ministry (KPDNHEP), it included Food Bank Siswa â€“ where food is distributed to university students from the B40 group.

Initially launched in public universities (with 19 universities
so far), the programme will be expanded to PRIVATE university students
from 2020 onwards!

According to Malay Mail, KPDNHEP Minister Datuk Seri Saifuddin Nasution Ismail said that the programme is targeted to be established at 123 private institutions of higher learning (IPTS) around the country, including polytechnics and teacher training institutes.

Students who receive this food aid are from the B40 group with monthly household incomes below RM1,000.

How is the food aid given?

Currently, there are two methods of food aid under Food Bank Siswa:

Where can I apply?

While the names of participating IPTS have yet to be announced, the food aid will be opened in institutions around the nation gradually. Once opened, you can enquire with the administrators of your school/institution.

Why a Malaysian Food Bank programme?

The Food Bank programme actually aims to kill two birds with
one stone.

One is to provide aid to the needy as malnourishment remains a big issue in Malaysia.

The 2018 Global Nutrition Report highlights a rising prevalence of anaemia among women while children under 5 years old suffer from growth failure.

The other goal of the programme is to actually reduce food waste in Malaysia.

In case youâ€™re unaware, Malaysian food waste is enough to feed 12 MILLION MEALS each day – which is 16,688 tonnes of food waste daily. Through the Food Bank programme, it is reported that the food wastage has been successfully reduced by 650 tonnes (650,000 kgs) in total since August 2018.

With 430 participating hypermarkets and supermarkets along with a RM25 million allocation in Budget 2020, the Food Bank programme is well on its way to providing aid to poor and malnourished Malaysians.

Know someone who will benefit from this programme?Share the good news with them then let us know your thoughts on TRP’sFacebook, Twitter, and Instagram!