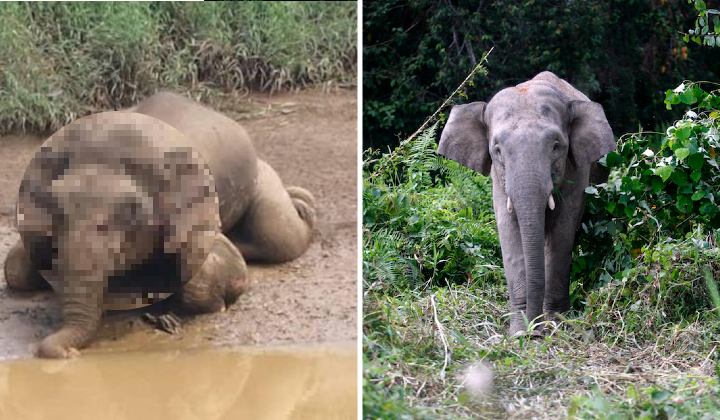 There has been a lot of cases involving dead elephants this year that it is appalling.

We’ve heard so much dreadful news of our gentle giants over the year such as the accident involving a baby elephant in Terengganu, a calf found dead in Sabah that was tied up to a tree and one elephant who was found dead from injuries after being hit by a car in Johor.

Filthy Frank Its Time To Stop GIF from Filthyfrank GIFs

Sadly, no good news still as another dead Pigmy Elephant was found murdered in a plantation in Sabah.

The elephant suffered from several gunshot injuries along with its tusks removed.

The mammal was discovered by plantation workers after they went investigating a foul smell.

It’s believed that the animal has been killed about three to five days before it was found.

Police have also nabbed a 20-year-old plantation guard who is connected to the poaching.

This is a clear indication that the further we push towards development and cut down forests, there would be more instances like this happening.

It also doesn’t help that some people (usually with big pockets but unfortunately small brains) who consider the tusks as having some healing properties when they are just elongated incisors or front teeth of the animal.

Elephant expert, Dr Nurzhafarina Othman believes that development activities in sensitive areas if left unchecked, may cause a marked increase in human-wildlife conflict.

The human-elephant conflict in Sabah is on the rise now due to most development plans, including farming activities which did not take into account the survival needs of other living beings.

If development activities continue, the conflict will follow suit and can have a negative impact.

There are only 1,500 of pygmy elephants left in the wild, we’ve seen how some animals such as the Sumatran rhino was pushed to near extinction (only 1 left to be exact) due to irresponsible behaviour, so please, don’t, shoot, them.