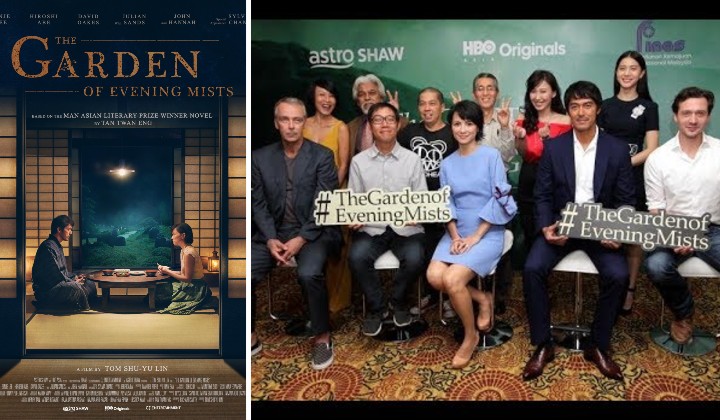 Malaysians are incredibly talented, as proven by the nomination of the original soundtrack (OST) for the soon-to-be released film The Garden of Evening Mists (TGOEM).

Since the first ever Golden Horse Awards in 1962, there were no Malaysian nominations for the original soundtrack (OST) category until this year.

Composer and music producer Onn San made history by being the first Malaysian ever to be nominated for this category!

The Golden Horse Awards is a film festival and awards ceremony held annually in Taiwan. It is the Taiwanese version of the Academy Awards which focuses mainly on Chinese-language submissions.

The film is based on a book of the same name written by Malaysian author Tan Twan Eng, which was awarded the Man Asian Literary Prize (2012) and the Walter Scott prize for Historical Fiction.

The story centers around Teoh Yun Ling, a Malaysian war prisoner of the Japanese during World War II who later served as an apprentice to a Japanese gardener.

The TGOEM film was shown at the 2019 Busan Internation Film Festival and will be released in Malaysian cinemas January 2020 (the film will be in English!).

Malaysians are a wonderfully talented bunch! Here’s to making our country proud! Let us know if you will be watching the film on our Facebook, Twitter, or Instagram.