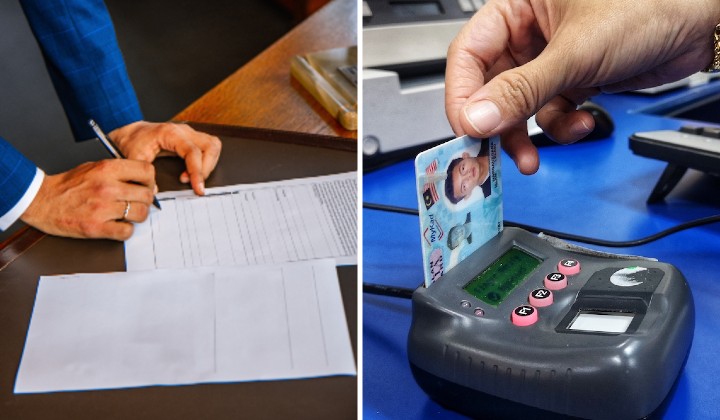 Recently Home Minister Tan Sri Muhyiddin Yassin said that a total of 1.4 million Malaysians aged over 12 years and having birth certificates still do not have identity cards.

Based on the National Registration Department (NRD)â€™s statistics, of the 1.4 million :

There are various factors identified as to why they donâ€™t possess MyKads, among them :

These numbers are worrying but is incompetence to blame for the lack of identification card registrations?

We’ve uncovered some cases regarding difficulties to get identification cards although they already have birth certificates.

A 50-year-old Kayan woman from Long Pilah in Ulu Baram now has the latest MyKad version, after having endured hiccups in her application for more than 10 years.

Urai Emang was unable to renew her identity card (IC) to the latest version due to some thumbprint issues which made it difficult for her many situations, including not being able to withdraw her unit trust investments in Amanah Saham Bumiputera (ASB).

Or this other story about a stateless man who is unable to get his Mykad despite having a birth certificate.

Wong Kueng Hui, 22 said that he could not prove his link to his Malaysian father either despite having the death certificate and his father’s name on the birth certificate.

He was unable to sit for his PT3 examination because he does not have a MyKad.

Or the 10-year pursuit by a 22-year-old man to be recognised as a Malaysian.

He pressed concerns on future difficulties such as getting a job as a MyKad is needed to register for his Employees Provident Fund (EPF) and Social Security Organisation (Socso) accounts.

After reading all these stories of Malaysians who have faced genuine difficulties when applying for their MyKad’s, it surely raises the question of whether all 1.4 million Malaysians mentioned by the Home Minister are really at fault.

Do you think the resolution to this problems lays in the hands of the people or the government?

Do you think there’s a deeper underlying issue for the numbers? Tell us what you think of it on our Facebook,Â TwitterÂ andÂ Instagram.

JPN Has Never Appointed Agents To Help People Get MyKad