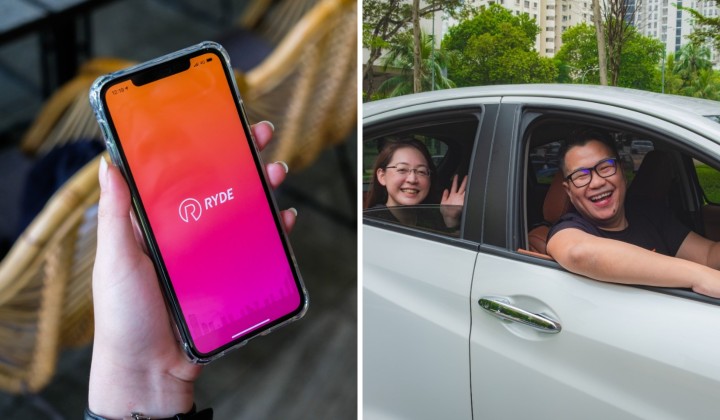 Those living in our beautiful cities here in Malaysia would definitely know that traffic here sucks and navigating through neverending congestion, especially during peak hours, can be a living nightmare.

One of the main reason for this traffic dilemma is simply because there are too many vehicles on the road!

A solution to traffic congestions and reducing carbon pollution problems weâ€™re facing would be to reduce the number of cars on the road.

And what better way to do that than taking up carpooling!

Apart from being a good cost-saving measure, you would also be doing your part to reduce the number of cars on the road and greatly impact the environment by simply opening your car doors to others!

No, we know that carpooling might sound complicated and tedious, but what if there was a way to make it a cakewalk?

Well luckily, one ride-sharing app being introduced to Malaysia is hoping to make things a lot easier.

Ryde is a community-based initiative that aims to promote carpooling among society.

Unlike other e-hailing apps that work like your average taxi service, Ryde specifically caters to those wanting to hitch a ride to their destination along with those who are travelling the same route.

The app allows you to tumpang others or let others tumpang you to wherever you want to go in exchange for a small fee.

The fares calculated by the app does not take commission into account, meaning that you would only be paying or be paid for the estimated cost to cover your fuel and other expenses on the travels.

With the app, you can make advance or on-demand bookings for your commute and even get a ride for your pets!

The Ryde app is available for downloads and sign-ups from October onwards, with services officially starting this November.

As of now, the app is only available in the Klang Valley, but the company does plan to bring its services to other major Malaysian cities soon.

So if youâ€™re down with this car-cool concept to save on cost for your commutes, help with the environment and have buddies to talk to while you drive, give Ryde a try, and tell us what you think of it on our Facebook, Twitter and Instagram.