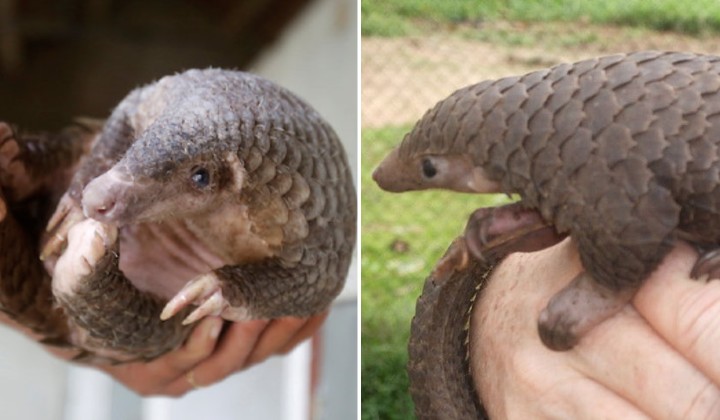 The pangolin, the small ant-eating mammal species located in Borneo is set to be upgraded as a ‘totally protected’ animal in Sarawak.

Also known as the “scaly anteater” – for its diet and physical appearance, pangolins, or Manis javanica (as they’re scientifically known) are increasingly victims of illegal wildlife crimeâ€”mainly in Asia and in growing amounts in Africaâ€”for their meat and scales.

It is the most frequently seized mammal in Asiaâ€™s illegal wildlife trade lately and currently facing extinction.

Previous reports point out that roughly 100,000 pangolins a year are being snatched from the wild and sent to China and Vietnam.

The animal is hunted especially among traditional medicine practitioners for its scales.

â€œThey say it has medicinal value, but I can quote an article by the World Conservation Society that says that pangolins scales are made of keratin, which is the same material as human fingernails, so in reality there is no medicinal value there, but because of tradition, people tend to go for these things.

The Sarawak Forestry Corporation will conduct a study to find out the current population, before submitting a proposal to the government to upgrade its category.

Primarily nocturnal animals, pangolins are easily recognised by their full armor of scales.

Because they have no teeth, pangolins pick up food with their sticky tongues, which can sometimes reach lengths greater than the animalâ€™s body.

Under threat, a startled pangolin will cover its head with its front legs, exposing its scales to any potential predator.

If touched or grabbed it will roll up completely into a ball, while the sharp scales on the tail can be used to lash out.

Fun fact, they’re also the inspiration for the PokÃ©mons Sandshrew and Sandslash who are also known for having scaly bodies.

It is a step in the right direction to conserve a species that is pushed towards extinction especially after the sun bear incident where the animal was held captive in horrid conditions.