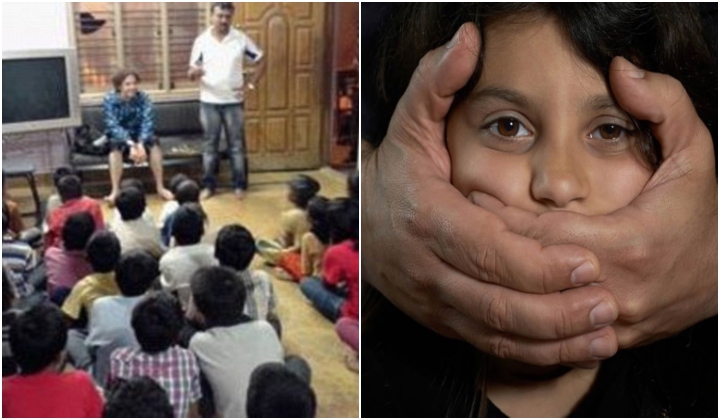 After raping over 200 Malaysian babies and children, a British paedophile finally met his end when he was stabbed to death in prison.

He was handed 22 life sentences in 2016 for the depravity of
his sexual crimes against poor Malaysian children.

In fact, he was the subject of mass disgust and outrage when
it was revealed that the sick man had raped babies, toddlers and children
aged between 6 months and 12 years in Malaysia.

It seems that his crimes had also horrified fellow inmates as the man described as â€œone of Britainâ€™s worst paedophileâ€ was found stabbed multiple times in his cell at the maximum-security Full Sutton Prison in the UK with a makeshift knife.

How did this even happen?

The innocent young victims were mostly from poor communities
in KL who put their trust in who they believed was an English teacher and religious
man there to help them.

Many were orphans in childrenâ€™s homes who were lured by day trips and celebrations outside the orphanages.

According to BBC, the depraved individual took advantage of the hardship of their lives, gaining the trust of adults and grooming kids. He even posted online that “impoverished kids are definitely much easier to seduce than middle-class Western kids.”

A victim who was abused since she was 4 years old told a
journalist that the predator had taken nude pictures and videos of the girl and
the sister. They told their grandmother, but nothing was done.

After the 33-year-old predator was arrested, child
protection workshops were held by UK officers in the Malaysian community where
he lived.

A childrenâ€™s NGO â€˜Protect and Save The Childrenâ€™ and the
Womenâ€™s Ministry also conducted workshops in the community.

However, Reuters reported that it took weeks to convince the families in the community to allow their children to gain some sex education.

For the most part, NGOs and authorities can only help the paedophileâ€™s victims if they step forward as the victimâ€™s identities are not released for their protection.

The only good news to come out of this horrific case was the creation of the Sexual Offences Against Children Act 2017 â€“ a new law that protects Malaysian children from sexual abuse.

The law covers crimes of:

Later on, a child sex offenders registry launched in 2019 with names of reported offenders from 2017 listed.

If you are a victim or know someone needs help, please make a police report get in touch with Protect and Save the Children for assistance: