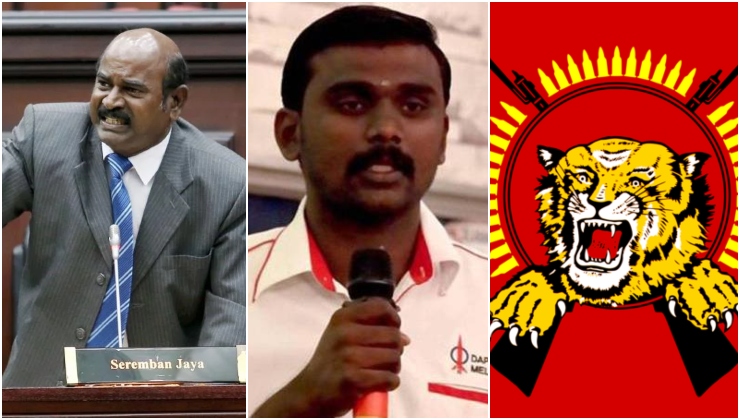 Malaysians were shocked to find out two DAP assemblymen were among seven people arrested by police for allegedly being involved with Liberation Tigers of Tamil Eelam (LTTE).

Here are 7 things you should know about LTTE and the arrests made:

1. LTTE was a Sri-Lanka based Tamil militant group

Formed in 1976, the LTTE was an armed rebellion who spent decades fighting for a separate independent state in the north and east of Sri Lanka.

Starting out as a guerilla force, they eventually developed a military wing that included a navy, an airborne unit, an intelligence wing and a specialised suicide attack unit.

The fight between the Sri Lankan government and LTTE became a full-fledged civil war that lasted 26 years. During this time, more than 80,000 people were killed, with the majority being Sri Lankan Tamil civilians.

2. LTTE has been defunct for the last 10 years.

The Sri Lankan military defeated the LTTE in May 2009 and killed their leader, Velupillai Prabhakaran.

His successor, Selvarasa Pathmanathan, was arrested in Malaysia and handed over to the Sri Lankan government in August 2009.

3. LTTE is classified as a terrorist organisation in Malaysia

Under the Anti-Money Laundering, Anti-Terrorism Financing and Proceeds of Unlawful Activities Act, LTTE is classified as a terrorist group in Malaysia.

They have also been labelled a terrorist organisation by 32 countries across the globe, including the European Union, Canada, the United States, and India.

4. Two DAP assemblymen were arrested yesterday (Oct 10) for allegedly being involved with LTTE

P. Gunasekaran of Seremban Jaya and G. Saminathan of Gadek were among seven arrested for allegedly supporting and promoting the cause of the LTTE

Under this legislation, they can be held for up to 28 days.

5. The suspects have been under police surveillance since November 2018

According to police, Gunasekaran was found to have distributed flyers and LTTE items.

The two assemblymen were also arrested for attending a â€œHeroes Dayâ€ celebration in Malacca, during which they allegedly delivered a speech that contained elements of support for the LTTE.

The event, held annually in November, is supposedly to pray for dead Tamil civilians. However, police believe the event pays tribute to LTTE fighters by sympathisers of the group.

The other five who were arrested allegedly had LTTE items in possession and promoted the LTTE cause on social media, while two of the five were involved in an attack against Sri Lankan High Commissioner at KLIA in 2016.

6. The assemblymen cooperated with police

During the arrests, both Gunasekaran and Saminathan were praised by the police for co-operating fully and calmly.

Parti Islam Se Malaysiaâ€™s (PAS) ulama wing is accusing Ramasamy of instigating Malaysian Indians by claiming that the state is exploiting and discriminating against the community.

The arrests and news surrounding our politicians and their supposed involvement in an apparently defunct militant group seem odd, but we’ll just have to wait for the police to finish their investigation in for more information to come to light.