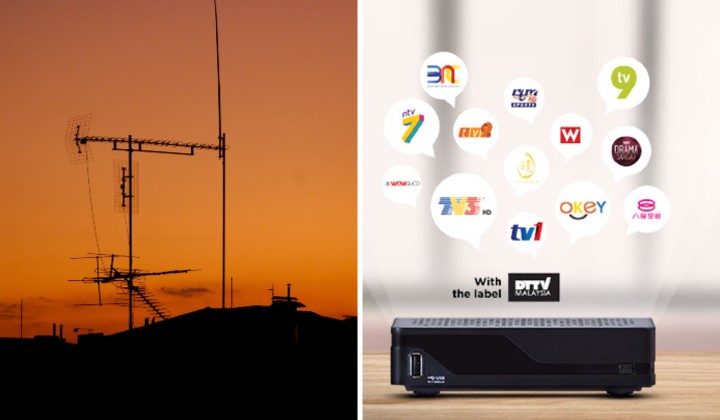 Who still watches analog TV? Well some of us do, but they can’t cling on to the past and watch analog TV anymore as Malaysia is going fully digital!

The termination is progressive with the central and southern regions ceasing analog broadcasts since Sept 30.

Northern and eastern states will soon follow on Oct 14.

This includes states such as Kedah, Perlis, Perak, Penang, Kelantan, Terengganu and Pahang.

After the northern regions make the switch, this will mark the complete move to the myFreeview digital transmission across the peninsular.

Meanwhile, Sabah and Sarawak will be the last two states in Malaysia to make the change, where they will stop as well on Oct 30.

This will bring forth the historic shift towards digital broadcasting and mark the end of analog transmissions offered for free in Malaysia since 1963.

For eligible B40 (lower income group) households, the decoders will be distributed to them for free.

To check for eligibility, you can type MYTV (space) DEKODER (space) (identity card number) and send to 15888.

Are you excited that our broadcasts are moving to digital? Let us know on ourFacebook, Twitter and Instagram!