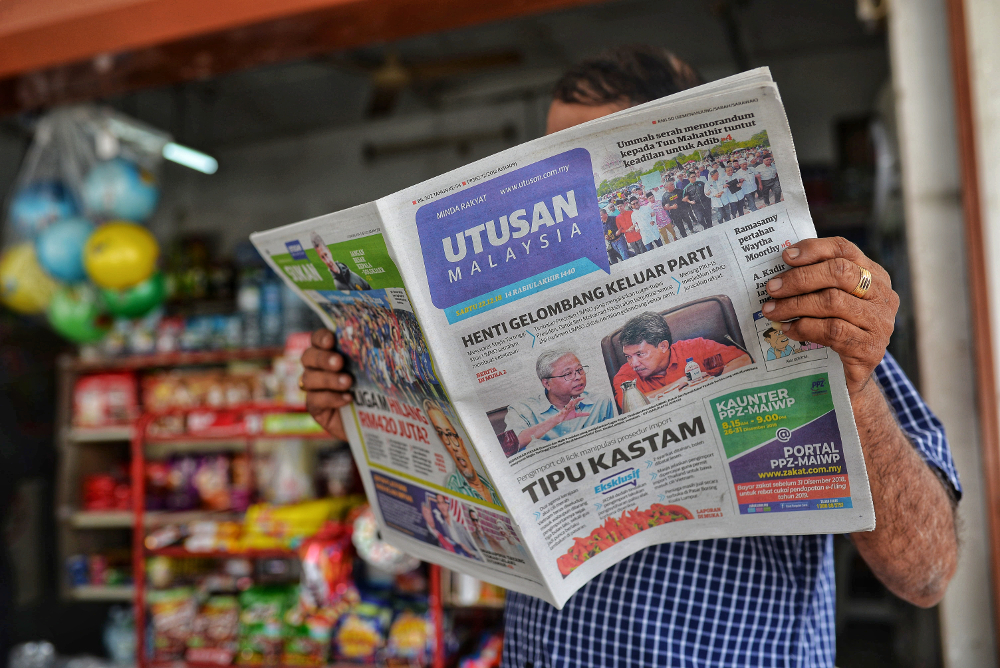 It is a sad day for Malaysia’s newspaper industry as long-time Malay daily, Utusan Malaysia is closing down.

The 80-year-old company had taken various measures to revive itself, including offering Voluntary Separation Schemes to more than 700 employees.

Utusan Malaysia, the oldest Malay newspaper, also resorted to selling the group and company’s assets to improve their financial position but could not turn around their fortunes.

The plummeting circulation of Utusan Malaysia and Kosmo as well as the failure to achieve a target of RM4 million revenue from advertising had placed the company’s cash flow in a dire state.

To further add to their woes, Utusan was unable to pay salaries on time and faced legal actions due to unpaid debts.

Employees are left hanging about whether they would be compensated or if they would receive their unpaid salaries which has been overdue for two months.

As of Wednesday (Oct 9), a total of 862 Utusan employees had been put on forced leave until October 30 by the company.

The retrenched workers consisted of staff from various departments, including editorial, marketing and human resources.

Under the EIS, employees would receive a portion of their salary for a period of six months and up 80% in the first month.

As fellow writers at TRP, we sympathise with Utusan employees and hope that the matter would be cleared up soon.

Oldest Malay Press Use ‘N-Word’ In Headline, Netizens Riled Up

2,200 Malindo Staff Sign Off With Heartbreaking Farewells Over Airline Retrenchment