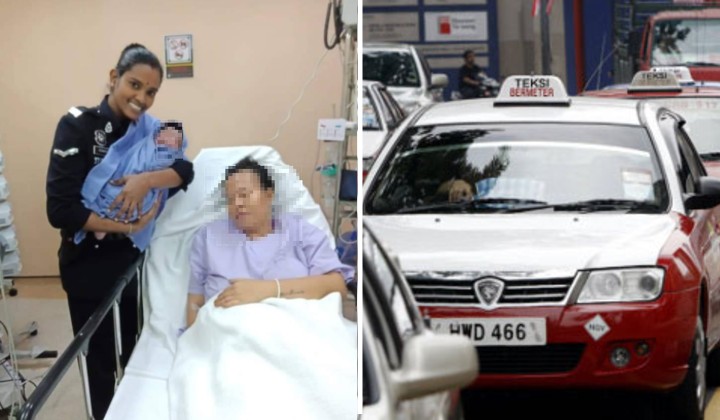 The police are always seen as crime fighters and protectors of peace but sometimes the job requires them to do some random things in the name of serving the people.

In an unforeseen turn of events, Lance Corporal N. Komathi, had to help a pregnant woman deliver a baby when she was on duty.

She was stationed at Terminal Bersepadu Selatan (TBS) before being approached by a heavily pregnant Indonesian woman who told her she was about to give birth.

The officer then swiftly hailed a taxi and accompanied her to Hospital Canselor Tuanku Muhriz. (formerly known as Hospital Universiti Kebangsaan Malaysia)

On the way to the hospital, the woman unexpectedly went into labour and Komathi found herself helping to deliver the male infant.

Both mother and child are reportedly being treated at the hospitalâ€™s emergency unit and are doing well.

A photograph of Komathi with the mother and child then went viral on social media.

Social media users congratulated her for her commitment to serve the people.

All we have to say is, well-done to Lance Corporal N. Komathi for doing a good job and kudos PDRM for training a great police officer.