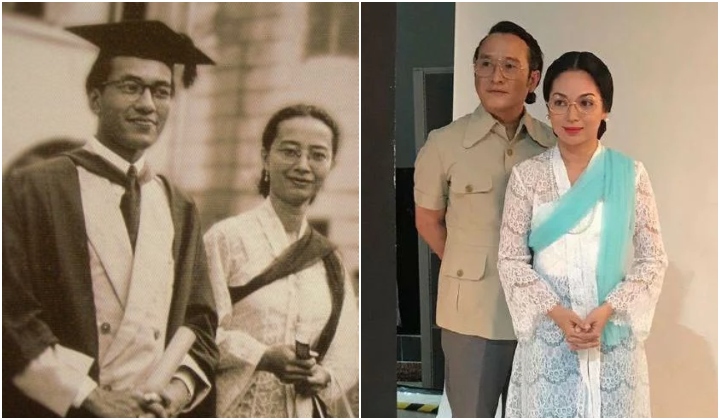 Tun Dr Siti Hasmah is the wife of Malaysia’s current AND longest-serving prime minister, Tun Dr Mahathir Mohamad. She is Malaysia’s First Lady, who is also known as “bonda negara” (the nation’s mother).

Besides her roles as Dr Mahathir’s wife, Dr Siti Hasmah is also famous and accomplished in her own right. She is so accomplished, we actually wrote a whole piece dedicated to her and her achievements in the past.

Now, it seems that the life of this amazing woman will be filmed in a biopic called Hasmah – Bila Deh Bertemu Det.

The film is said to be based on the true story of her life, revolving around her love story with Dr Mahathir and the six decades she’s spent being his wife. It will cover her childhood and her years in school as well.

The film’s managing director, Hafiz Rozlan said that the film’s storyline will be as close as possible to real-life events adding that once the script is finished (it’s currently in progress), it will be sent to Dr Siti Hasmah herself to ensure it’s accuracy.

Additionally, while the film will be focus mostly on Dr Siti Hasmah, Hafiz Rozlan will also be asking Dr Siti Hasmah to share some incidents of Dr Mahathir which were not written in her book.

Yes, if you weren’t aware, Dr Siti Hasmah actually released an autobiography of her life in 2016 titled My Name is Hasmah.

The film will be produced by Tune Production and star local actress Farah Nadia Zainal Abidin a.k.a Nad Zainal as Siti Hasmah and local actor Hasnul Rahmat will be playing the role of Dr Mahathir.

Although the director of the film is yet to be named, as Hafiz is still considering a number of qualified candidates, the film’s expected release is by the end of next year.

Anwar Ibrahim Is Getting His Own Movie, With Farid Kamil As The Lead