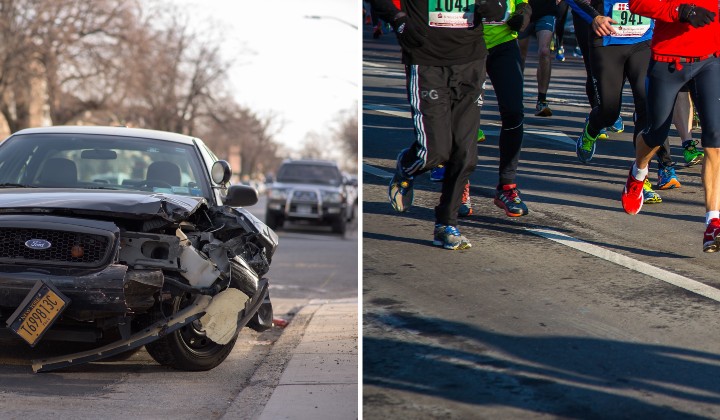 Remember that story we’ve written earlier about the hit-and-run that injured 3 runners in the Kuala Lumpur Standard Chartered Marathon 2019?

Turns out that the police have arrested the person who is responsible for the accident.

Cham Shan Jer, 25 who is also a divorcee and a single mother of a two-year-old child has pleaded not guilty to a charge of reckless and dangerous driving.

The offense carries a maximum penalty of five yearsâ€™ jail and an RM15,000 fine.

Upon conviction, she could also be disqualified from holding or obtaining a driving license for a period of not less than two years or have it revoked.

She has also been accused of possessing 13.5 grams of methamphetamine while under police custody at Pandan Indah police station.

The lawyer who represented the accused asked the court to impose a bail of RM8,000 for both offenses as Cham has to support a two-year-old child and her parents with no fixed income.

However, Magistrate Mohamad Firdaus Sadina Ali then set bail at RM14,000 â€” RM8,000 for the traffic offense and RM6,000 the drug offense.

Just don’t do drugs, or it might endanger those around you.

What do you think of the perpretator? Do you think the punishment was just? Let us know what you think on our Facebook, Twitter, and Instagram!

‘Datuk’ And Son In Janda Baik Charged For Drug Trafficking

3 runners injured in hit and run at KL Marathon