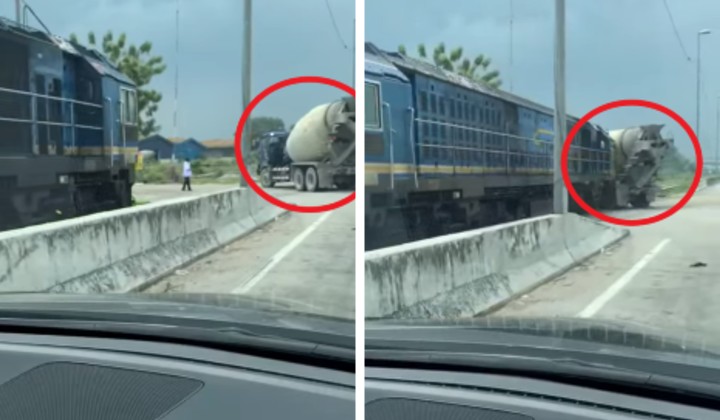 Here’s something you only see in the movies.

Recently, there was an accident involving a locomotive and cement lorry.

The 43-year-old driver did not heed the warning by the station operator nearby and paid dearly for his ignorance (and impatience).

Thankfully, both the lorry and train driver were not injured although both vehicles were damaged from the collision.

Even though there were no casualties, it clearly looks like this was a preventable accident if he wasn’t so headstrong about it.

We do have a few questions : why did the driver think that he could’ve evaded the train and why did he think that his lorry would survive a collision with afreaking train?

You can view the full video here:

It’s always good to observe hazards and be a bit more patient to prevent freak accidents like this from happening, these sort of mishaps can happen if you’re not careful.