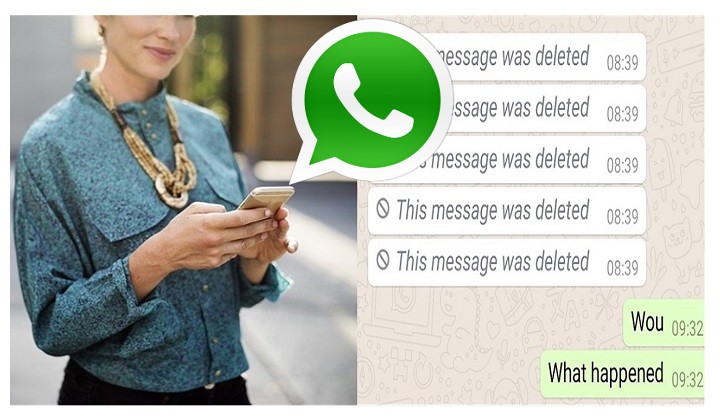 When WhatsApp introduced the message deleting feature, it
was heaven sent for those of us with fat thumbs and the inability to spell.

But what about the times when you send out *ehem* sensitive
messages that you want gone after a certain amount of time?

Well, it looks like you could soon auto delete WhatsApp messages because theyâ€™re working on a disappearing messages feature!

With this feature, you can set an expiration time for
selected messages and itâ€™ll be automatically deleted from the chat.

According to the WhatsApp BetaInfo blog, the feature is not available yet and currently under alpha development.

However, the blog offers a first look at the upcoming development which will let you delete messages within 5 seconds OR 1 hour.

To turn on the feature, all you have to do is:

Once the disappearing messages feature is enabled, any messages will be automatically removed and thereâ€™s no tracks left behind in the chat.

Based on the screenshots provided by WhatsApp BetaInfo, it
seems that the feature is being tested for group chats. However, it may be extended
to private chats as well.

Since the feature is still under alpha development, even WhatsApp beta users don’t have the chance to try it yet.

While there is no official announcement or indication, it could
be rolled out in the next WhatsApp beta update.

Nonetheless, we’re looking forward to a future where we can send out delicate information on the messaging platform and erase them permanently from afar.