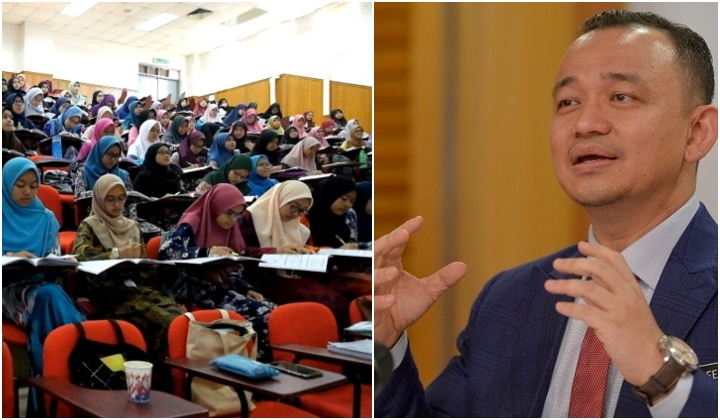 While the 2019/2020 academic just began this
September, our Education Minister Maszlee Malik has a special surprise for you:

The announcement was made on the ministerâ€™s social media channels
on Wednesday (25th September) where he introduced the subjects which
are:

According to the announcement, the introduction of the new
subjects is in line with the direction of the national education system, which
is value-based education.

In Maszleeâ€™s words, it is to ensure local uni graduates are
high-minded with distinguished personalities and constantly endeavour to solve issues
that plague society.

The introduction of the new subjects also builds on civics education that was introduced to Malaysian schools in June this year.

â€œBut it can’t stop there. This personal development
education should continue to the level of higher education.â€

He also elaborated on the rationale of making Philosophy a compulsory subject, calling it the science of thinking.

â€œWith philosophy we learn to program our thinking and build a civilization of thought.
It is through philosophy that we analyse, seek the truth, and then plan solutions.â€

While the new subjects are compulsory for public university
students, they can be taken at any time during their studies.

This announcement comes shortly after the Department of Higher Educationâ€™s decision to drop 38 courses from public universities, signalling active restructuring of the Malaysian education system.

You can check out his announcement on Facebook below: