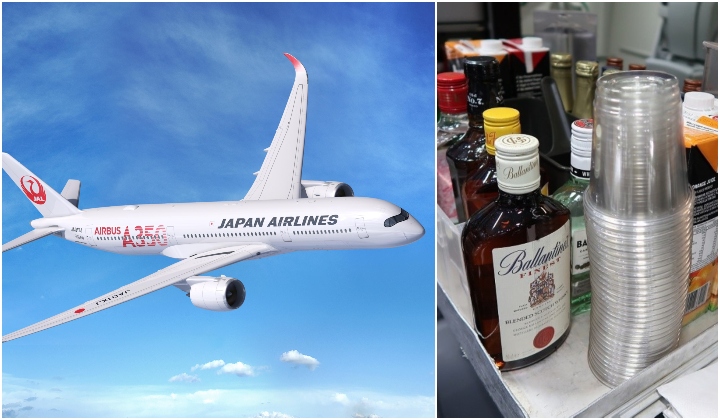 This year alone, many Malaysian students have made the country proud with their various achievements.

Examples include the Malaysian student who became the first Asian female to win an international architecture award for disaster relief research, the Politeknik Kuching Sarawak students who created a brick made of recycled plastic, the student who was named Top in the World by Cambridge in math and add math.

Unfortunately, there are also some who make mistakes and end up becoming an embarrassment.

One such example is this Malaysian student who has been detained in the United States because he clearly couldnâ€™t handle his alcohol.

According to American news portal Quartz, Goh Wei Sing had gotten into a fight with passengers and flight attendants after having one too many drinks on board a Japan Airlines flight to San Diego from Tokyo on Aug 13.

Goh was a student at San Diego Mesa College and was on his way back there to resume his studies.

So Embarrassing GIF from Bfv GIFs

Based on court documents, Goh had gotten inebriated after drinking six mini-sized bottles of wine on the flight.

In his drunken stupor, he then tried to get into the business class section of the aircraft saying that he was being chased.

Apparently, flight attendants tried to calm him down repeatedly, but Goh refused to cooperate.

Following the drunken commotion, the flight crew and two out of the three pilots on duty on the flight together with the help of several passengers were forced to pin Goh down to his seat using seatbelt extenders.

When the flight landed safely in San Diego, the authorities were called in to detain Goh.

Goh is reportedly still in custody pending his arraignment on Sept 12 and his student visa has since been revoked.

He reportedly also does not remember the scuffle he caused on the flight.

If you like reading about drunk Malaysians making fools of themselves on flights, here’s another one.

Besides these two, there was another Malaysian who embarrassed us overseas when he installed a camera inside the toilet of a plane.