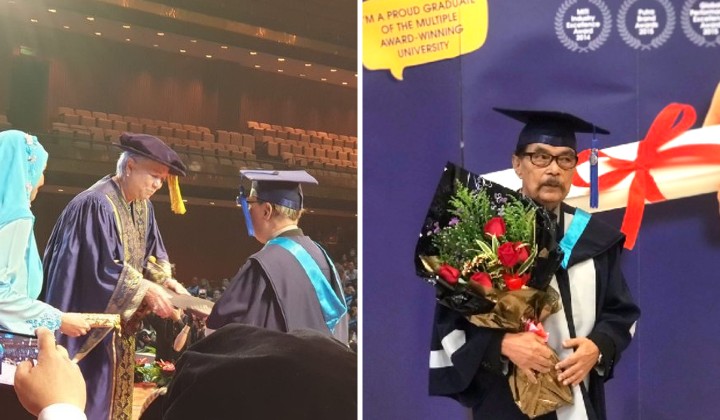 Age is never a boundary to get an education.

Twitter user NEZ shares an inspiring story of her grandfather who recently graduated with a college degree at the golden age of 87.

Completing his studies in TESL (Teaching English as Second Language), NEZ said that her grandad did not care much for the title of a graduate or getting a certificate, but instead purely enjoyed learning and kept on doing what he loved.

In her posting, NEZ applauded her grandfather for completing his studies and shared her pride with the whole world.

My granpa got bachelor degree in tesl at the age of 87 years old 👨🏻‍🎓✨👏 he didnt even want to come to his convocation day actually but everyone persuade him 😂. He just love to learn and keep doing it, he didnt cares about degree 😂 pic.twitter.com/Aioxjgoich

NEZ said that her grandad was a bit reluctant to attend his convocation, but after being persuaded by the people around him, the octogenarian worked up the nerve to walk up on stage and receive his honorary degree.

Here he is receiving his certificate in front of thousands of his, assumingly younger, peers!

The Tweet posted on September 21 has since received over 24,000 like and 16,000 retweets from netizens who equally adored the senior citizen for his rousing accomplishment.

Congrats to your beloved grandpa! Keep inspiring us 💕.

Tell him he should be very proud because be able to finished his study. I know how struggle in his age to keep consistent in the class.

TRP tips our hat to this amazing man and his truly inspirational achievement.