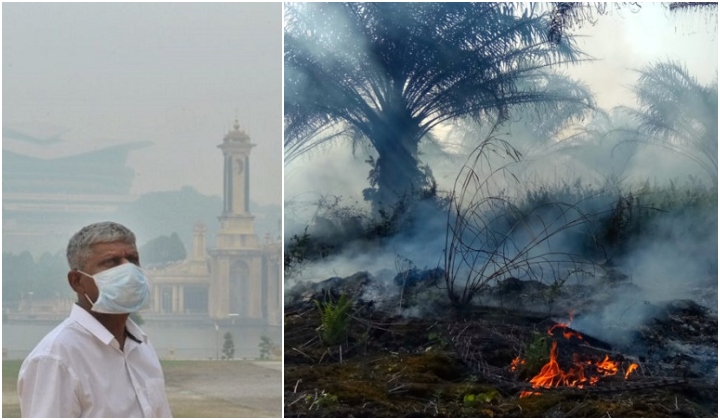 While the haze may be dissipating, its annual presence remains
a source of worry and discontent for Malaysians.

The source of this toxic smog has consistently been fires in
Indonesia set by landowners who want to clear their plots to plant a new batch
of crops.

Most often, the accusatory finger points to pam oil firms
with vast plantations stretching for thousands of hectares.

As the fires and the haze continually worsen over the years, Greenpeace has released a report on the land burning in Indonesia between 2015 and 2018.

In their findings, a Malaysian-owned palm oil company is named among the top 10 companies with the LARGEST area of burned land in Indonesia.

Greenpeace also found that no palm oil companies had
their licences revoked for the devastating forest fires that occurred between
2015 and 2018.

Besides that, only two of 12 palm oil groups with
largest burned land area has serious actions taken against them by the government.

None For Gretchen Weiners GIF from Nothing GIFs

Things might change as Channel News Asia reports that Indonesian authorities are considering harsher penalties to companies responsible for the burning.

Meanwhile, Malaysiaâ€™s Primary Industries Minister Teresa Kok is calling for the public to stop blaming palm oil companies for the annual haze as there are other factors that come into play.

Wasn’t Me GIF from Shaggy GIFs

You can read Greenpeaceâ€™s full report on the fires HERE.