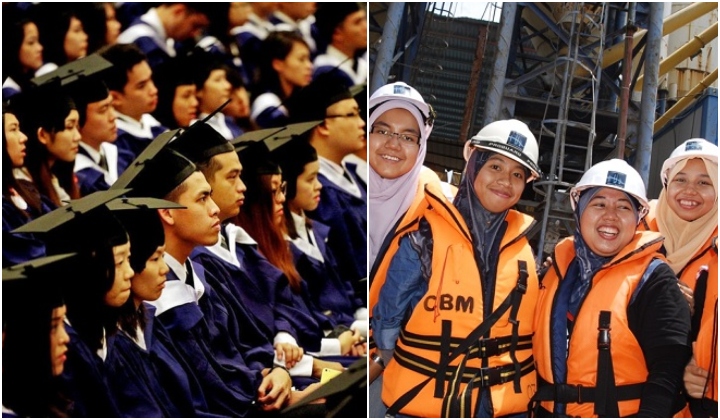 Itâ€™s no secret that the job market is tough.

Youth unemployment is a serious issue in the nation and people
are generally finding it harder to land jobs.

In an effort to prevent the situation from worsening, Malaysian
public universities have dropped 38 â€˜irrelevantâ€™ courses.

A logical move, but it does come as a surprise that the halted
programmes were mainly science and engineering bachelors and
undergraduate studies.

Some of the ceased courses include:

The report comes from Berita Harian that revealed each of the 19 universities dropped at least two courses.

Thatâ€™s not all, several other academic programmes are also
under currently observation to determine if they should be restructured to fit
the job market or to be halted completely.

Berita Harian also quotes Deputy Education Minister, Teo Nie Ching who states that each public university review their academic programmes from time to time to determine if theyâ€™re in line with industrial developments or not.

Meanwhile, the Department of Higher Educationâ€™s director-general, Datuk Siti Hamisah Tapsir told Malay Mail that the move was made to ensure that local graduates were in line with the approaching Industrial Revolution 4.0.

Industrial Revolution 4.0 or the Fourth Revolution is a new approach
that combines traditional manufacturing process with technology â€“ especially Internet
of Things (IoT)- to improve automation, communication and data.

IoT refers to the scores of connected physical devises that collect and share data online. For example, using your smartphone to switch on a smart TV is IoT.

This Malaysian Company Breeds Neo-Female Freshwater Prawns To Increase Yield. What Is It?