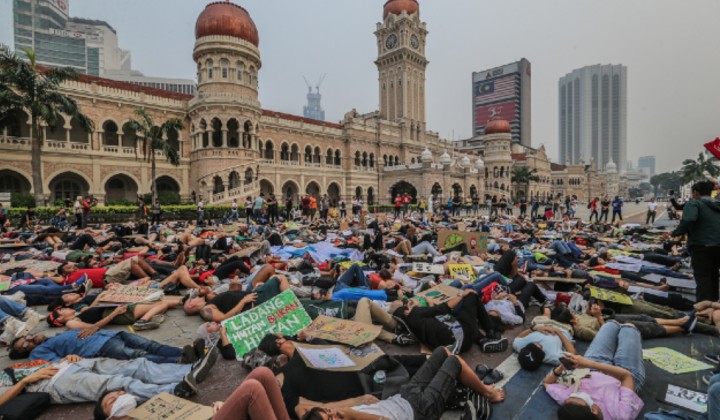 Over the weekend, KL thronged with over 350 concerned Malaysians wearing face masks and carrying placards, chanting for change.

The march is part of the #ClimateStrike movement all over the world, inspired by 16-year-old Swedish climate activist Greta Thunberg.

Climate Strike March in KL today was well attended! So many familiar faces marching together to demand climate action. All the banners showed a people well versed on the changes that we need to see in Malaysia to secure a healthy future. Well done everyone and brilliantly organized @klimaaction @greenpeacemalaysia @zerowastemalaysia_official @mytaknak @pekamalaysia @thehivebulkfoods #leadonclimate #climateaction #climatestrike

The kilometre-long march started at Sogo shopping mall and ended at the Sultan Abdul Samad building in Dataran Merdeka.

Originally organised by and for youths, millions of adults have joined the protests, kickstarting renewed action everywhere.

The Global Climate Strike is also called the Global Week for Future, lasting from the 20th to the 27th of September.

The September 2019 climate strikes are believed to be the largest climate strikes in world history, with reportedly over 4 million people participating in strikes worldwide.