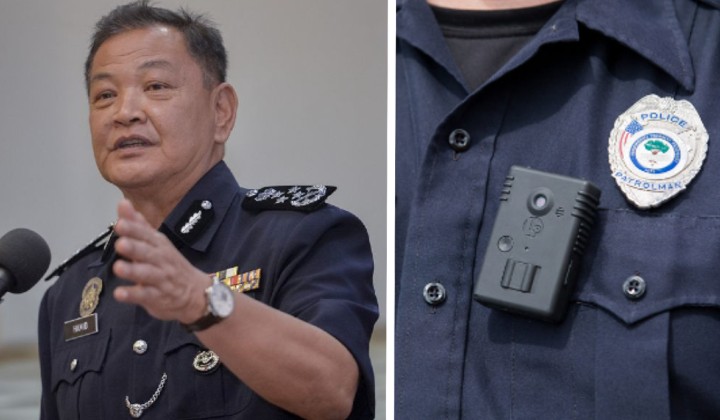 In a bid to increase transparency to combat reports of police brutality, Inspector-General of Police Tan Sri Abdul Hamid Bador has welcomed a proposal for police to use body cameras.

“This body camera will help a lot in the enforcement duties and avoid any misconduct while on duty.”

The body cameras can also provide evidence against allegations of misconduct and corruption.

Tun Dr Mahathir Mohamad, after chairing a meeting with the Special Cabinet Committee on Anti-Corruption at Perdana Putra, agrees that body cameras will help to uncover the truth.

Dr Mahathir also spoke about the need to maintain and increase the use of CCTVs at police lock-ups. These initiatives would prevent misconduct and address the deaths that happened while under custody.

In addition, IGP Abdul Hamid also hopes that more police equipment can be provided, such as Taser guns.

These items would help in the arrest of mentally unsound people or suspects that run away.