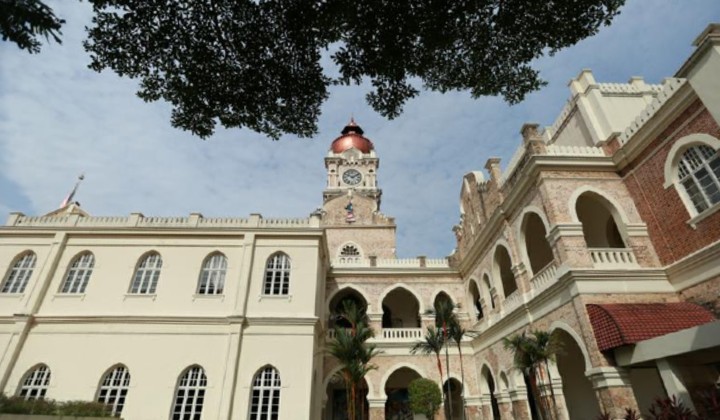 It runs without fail, steady and reliable throughout the years.

The same can be said of its caretaker of 42 years, Velliah Kunasegaran.

He took care of the national icon since 1975, finally retiring in 2016 after four decades of hard work.

According to FMT, Kunasegaran almost never took a day off in his career. He never went on long vacation, and was always on standby even while on leave.

He was the sole guardian of the clock tower since 1999, after his four colleagues left.

According to the Malay Mail, he is the only one left trained to wind and maintain the more-than-a-century-old clock.

Nobody wants to learn, especially the younger staff.

V. Kunasegaran to the Malay Mail

He also took his responsibilities extremely seriously, beginning his work at 3am when there was an official function (about 9 times a year). Sometimes he would sleep in the clock tower as well.

Once, I was called to report for duty at midnight and I went because I wanted to help them .

V. Kunasegaran to Free Malaysia Today on his dedication to his job.

Kunasegaran has received seven awards for excellence, but that appreciation was not reflected in financial benefits.

His long-awaited promotion came just 2 weeks before his retirement, amounting to a grand total of RM10.

Kunasegaran had complained to the Department of Survey and Mapping Malaysia (JUPEM), feeling that this decision was unfair.

Did my 42 years of service, where I took care of a national heritage, deserve only an increase of 80 sen a month? Even my grandchildren wouldnâ€™t want it.

He recalls his colleagues receiving promotions and increments of RM90 much earlier than him.

He is still unable to purchase a low-cost home despite several applications since 2014 to the Kuala Lumpur City Hall.

I am ashamed. I worked so hard for the nation and only ask for a little in return, but they canâ€™t even give me that.

He is currently living with his son in Genting Klang.

Wanna Go To The Merdeka Parade Tomorrow? Here’s How To Get There By Train