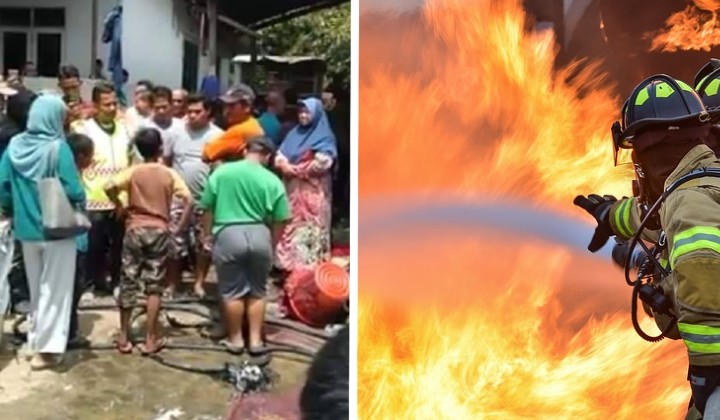 We all have childhood heroes and dream jobs, but perhaps these kids took it a little too literally when it came to trying to meet their idols.Â

In Kota Bharu, Kelantan, there has been a case of 11 properties being burnt downâ€” all with two suspects at hand; a 10 and 11-year-old pair of siblings.

Apparently, their reason for doing so was because they wanted to see fightfighters in action!

As cute as that might sound, it also is rather terrifying to put in context. The cases began with a shophouse area burning down in June which led up to more incidences as the months went by.

There were 3 rental units that were burnt down prior to Hari Raya Aidiladha, 7 homes burnt on 28th August and eventuallyâ€” the fires also burnt down a house opposite the two boysâ€™ residence.Â

This Is Fine Fire GIF from Thisisfine GIFs

Luckily, no one has been hurt as a result of these awful fires. However, a resident noticed the involvement of the sibling pair during the latest fire incident and posted on the Facebook page Kelantan State.

Oh dear, hard at work burning down the house just to see the firefighters come!

According to Sinar Harian, Kelantan police chief Datuk Hasanuddin Hassan mentioned how the police are fully aware of the situation against the siblings.

With the gravity of the case, the police are investigating the case under Section 436 of the Penal Code for causing mischief by fire or explosive substance with intent to destroy a house. He added that even though questioned, the two boys did not admit to the crime.

The two have been arrested by the police and are currently being detained. The children will be in police custody for two days.

28 Cows Found Dead In Pasir Mas Due To Suspected Poisoning