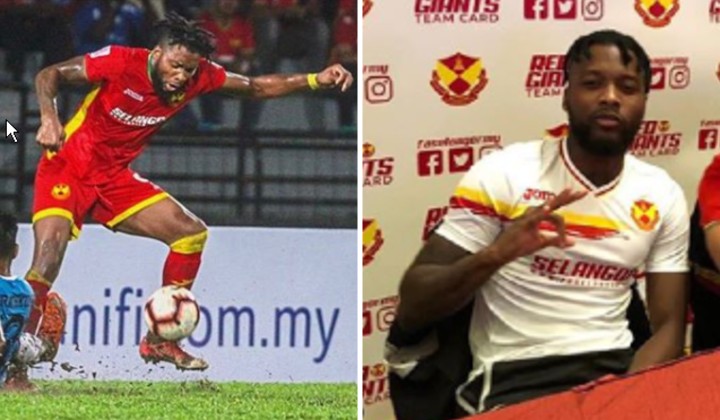 They say that sports have the power to cross divides and unite people regardless of colour or creed, but it seems that this wasn’t the case for one footballer who had a rather bad experience in the Malaysian sports arena.

The 27-year-old Londoner joined the local team on a one-year free transfer deal in January but left just one month later.

According to reports, the former Queens Park Rangers striker quit the Malaysian Super League after being booed by spectators during his matches and receiving racially fueled remarks online.

German who played as a striker during his time at Selangor has played for clubs in several countries including Scotland, England and India said that he was shocked by the reactions shown by a number of local football fanatics.

“When I realised the messages were about my skin colour, that was crazy – it was a massive shock,”

“I have played in a few countries but never experienced racism.â€

During his time at Selangor, the striker scored a total of eight goals in 10 pre-season matches and one goal during his league debut.

German said that he was asked to leave the state team after his third game of the season.

“The third game of the season, I was playing well but didn’t score and came off after 80 minutes. After the game I was told it was best to leave for my own protection.”

“I was thinking, ‘why am I getting punished for the behaviour of some of the fans?’ But I decided to leave.”

Selangor admitted that racist remarks had been made towards German on social media but stated that the team had little to no control over them nor the power to take action.