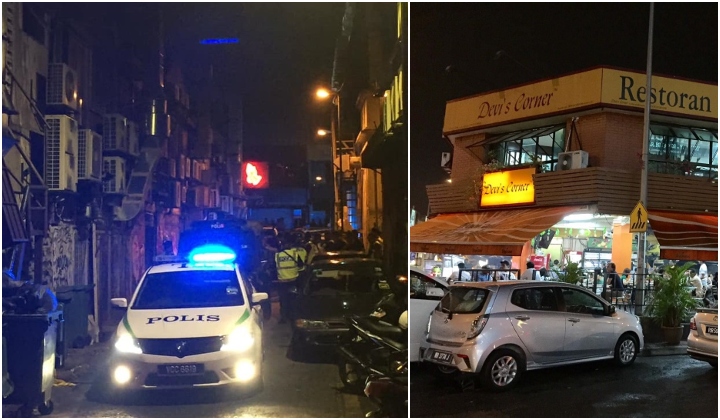 Bangsar is a strange place, you get the best meals, the
worst parking andâ€¦ the strangest incidents.

On Sunday night at the Telawi area in Bangsar, a dramatic sequence
of events took place that led to the unfortunate demise of a 53-year old man.

In short, a man took upskirt photos in a famous Bangsar
restaurant, gets chased by the police, then DIES while running away.

Patrons of the famous Deviâ€™s Restaurant bore witness to the
freakiest case of karma on Sunday night when a customer caught the deceased in
the act of taking upskirt photos of another female customer at the restaurant.

Bangsar things. Police chasing someone through Deviâ€™s Corner. Apprehend him at the back alley. Amongst all the party people and people eating.

The 24-year old victim then headed to the nearby police
station to make a police report, who swiftly deployed officers to the scene.

As the police officers approached the suspect and asked him
to give his statement at the station, he chose to flee and ran towards the back
alley of the restaurant.

Of course, a police chase ensued. Malay Mail reports that our officers in blue managed to catch the suspect at the alley.

But instead of accepting his fate, the deceased began
struggling and still tried to break free from police custody.

The panicked man fell while trying to escape and was knocked
unconscious.

He was rushed to University of Malaya Medical Centre (UMMC)
but was pronounced dead upon arrival.

While the manâ€™s passing has been classified as sudden death,
the police are awaiting the post-mortem results from UMMC.