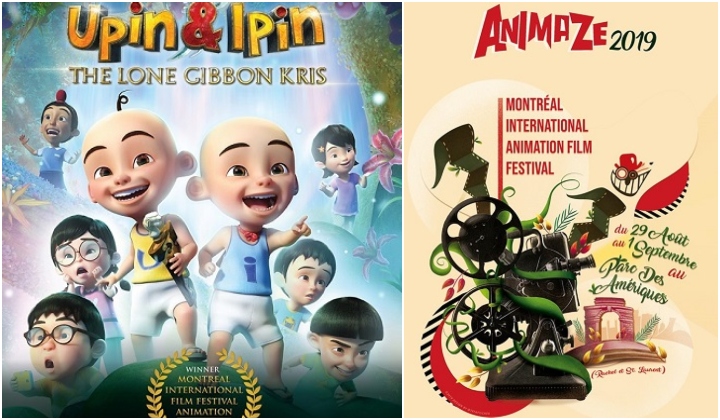 Almost every Malaysian has heard of Upin & Ipin â€“ the adorable chatterbox animated characters that has graced our TVs since 2007.

Besides winning us over with their antics on the small
screen, the animated twins are also stars on the big screen.

The March 2019 Upin & Ipin movie, â€˜Upin & Ipin: The Lone Gibbon Krisâ€™ (Upin & Ipin: Keris Siamang Tunggal in Bahasa) was declared as the top earning animated film in Malaysia back in April with a whopping RM25mil earnings at the box office!

The film produced by Lesâ€™ Copaque Production Sdn Bhd beat out submissions from over 65 countries to bag the big win.

â€˜Upin & Ipin: The Lone Gibbon Krisâ€™ was amongst 174 films that was showcased at the international film festival and conference on animation that took place in Montreal, Canada from 29th August to 1st September 2019.

Other winners at the renowned festival are Hong Kongâ€™s â€˜Another
Worldâ€™ for best short and â€˜Plastic Plastic Everywhereâ€™ for the Film that
Matters award.

With this win, we can’t help but think that there is some credence to Boboiboy director’s words on Hollywood animation being not as good as Malaysian animation.

Air Force The Movie Scores RM8 Million In Box Office After 4 Days, To Show In Korea, Japan And Taiwan