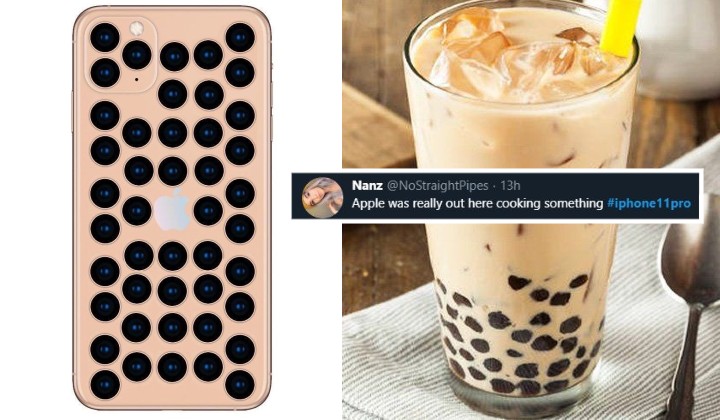 The iPhone 11 Pro was one of the new products launched at Apple’s Keynote 2019, sporting a 3-lens camera tucked away at the top left corner.

The surprising camera design did not go unnoticed, with fans and critics alike sharing their thoughts about the phone’s new look.

Jony Ive leaves Apple for a minute and this is what they do #AppleEvent #iPhone11 pic.twitter.com/cpLL8TEkMi

Tell me why the #iPhone11 looks like itâ€™s about to quarantine my ass right now? New passcode better be 2319 pic.twitter.com/UHduxyIAma

the iPhone 11 is looking so kawaii #AppleEvent pic.twitter.com/qAHik6NyNg

Who thought it was a good idea to make the iPhone camera go through mitosis #AppleEvent #iPhone11 pic.twitter.com/Oq7vsZJL2p

Steve Jobs about to jump out his grave like ….. #AppleEvent pic.twitter.com/4gpdoO9DUd

While the design drew memes very quickly, the camera is surprisingly powerful, featuring a telephoto, wide, and ultra wide camera with the capability to shoot 4K video.

It is also slightly more affordable at a starting price of RM4,899 for the iPhone 11 Pro, compared to the iPhone XS series, which started selling in Malaysia at RM4,999.