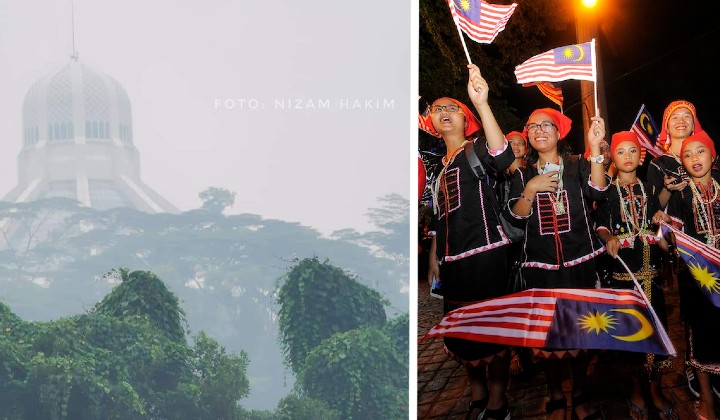 Our brothers and sisters in East Malaysia are struggling with the awful haze as well, so much so that the authorities there have been forced to move their Malaysia Day celebrations indoors.

Haze in Kuching, Sarawak are getting worse. Yesterday I went out with my friend and its not even a minute when we outside of the mall, the air was so hot and most of us in Kuching wear a face mask. Its getting hotter day by day. Ya Allah, semoga hujan cepat turun. Aamiin~ pic.twitter.com/YcZovBlYtQ

While originally celebrated at the open Padang Merdeka, Deputy Chief Minister Datuk Amar Awang Tengah Ali Hasan has announced that the celebrations will be moved to the indoor Stadium Perpaduan.

According to the Malay Mail, the decision was made by the Malaysia Day Organising Committee over concerns of the negative health effects of the ongoing haze.

Awang Tengah stated that the Meteorological Department, Natural Resources and Environmental Board (NREB) and the Department of Environment (DoE) have given their input regarding the haze situation and the committee has determined that the health risks to the public are too high.

This year’s celebration centers around the theme of Sayangi Malaysiaku: Malaysia Bersih (Love Our Malaysia: A Clean Malaysia).

Pretty ironic that it had to be moved due to unclean air!

He affirms that there are about 100 hotspots detected in Kalimantan, Indonesia, and that the southwest monsoon winds are bringing the haze towards Sarawak.

He said that adjustments will have to be made for the performances and celebrations, but remains confident that the Malaysia Day celebration will be another success.

Stay safe this Malaysia Day, everyone!

10 F&B Deals To Celebrate On Our 59th Malaysia Day!