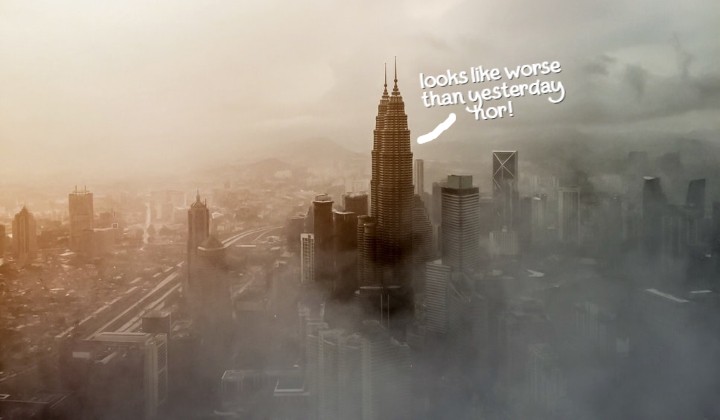 The noxious haze has continued to worsen in the Peninsula and Sarawak.

According to API readings, levels below 100 are considered moderate while those above 200 are very unhealthy.

Here are the API levels of key locations of all the states in the Peninsula and in West Malaysia as of 9am this morning (Sept 11):

Rompin surpassed the â€œvery unhealthyâ€ level last night as it hit 201 on the official Air Pollutant Index at 9pm yesterday and continued to deteriorate across the night to arrive at 228 at 8am this morning.

Sarawak continued to suffer from unhealthy levels of haze at major locations but showed a slight improvement from last night.

Sri Aman went from 200 last night to improve slightly to 168 this morning while Kuching peaked at 166 before settling at 152 at 9am this morning.

In Negeri Sembilan, key locations all measured at unhealthy levels.

Meanwhile, the Klang Valley has the highest concentration of affected areas.Â

Major locations in Selangor and Kuala Lumpur all stayed put in the unhealthy range while Putrajaya was hit worse than the rest.

Tangkak, Johor is also covered in a severe haze with an API reading of 134.

This bout of haze is expected to affect us throughout September, so do keep yourselves safe with our handy haze health tips for both humans and pets!