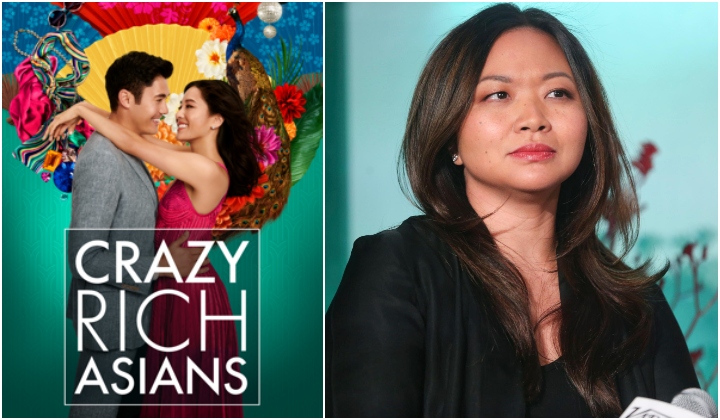 Remember Adele Lim? She’s the Malaysian writer currently working on Disney’s latest Southeast Asian inspired story “Raya and the last Dragon”, who was also one of the writers for Crazy Rich Asians (CRA).

Well, turns out Adele will no longer be writing for CRA because of a pay disparity.

Hmmm You Have APoint GIF from Hmmm GIFs

Apparently, the salary quotations were industry-standard established pay range based on experience.

Peter Chiarelli is an experienced feature film writer who became widely known for his work on The Proposal (2009) (remember that Sandra Bullock and Ryan Reynold’s movie?).

Adele, on the other hand, is a veteran TV writer who had never written a feature film before Jon M. Chu hired her to work on the screenplay for CRA.

However, Adele didn’t think the disparity was fair either way.

“Being evaluated that way can’t help but make you feel that is how they view my contributions.”

According to Adele, women and people of colour are often considered as ‘soy sauce’ in the American entertainment industry – hired to sprinkle culturally specific details on a screenplay, rather than being credited with doing substantive work of crafting the story.

Adele had initially quit from the deal last fall, but Color Force, the production company behind CRA, came back to her with a new offer five months later, after they failed to find another writer of Asian descent to replace her.

This time around they offered her an amount closer to Peter Chiarelli’s salary, who had apparently volunteered to split his fee with her.

Adele turned it down anyway.

You Will Never Be Enough Not Enough GIF from Youwillneverbeenough GIFs

Her reasons why are pretty on point:

“Pete has been nothing but incredibly gracious, but what I make shouldn’t be dependent on the generosity of the white-guy writer,

“If I couldn’t get pay equity after CRA, I can’t imagine what it would be like for anyone else, given that the standard for how much you’re worth is having established quotes from previous movies, which women of color would never have been [hired for]. There’s no realistic way to achieve true equity that way.”

We’re half disappointed that our Malaysian representative won’t be involved in the next two CRA films, though we completely understand and respect her reasons for not being involved.

Though, admittedly, her move to turn down such a large sum of money to stick to her values is definitely praise-worthy.

Grow Up When IGrow Up GIF from Growup GIFs

Do you think Adele was right in expecting better pay considering her contributions to CRA?

The REAL Malaysian ‘Crazy Rich Asians’ Home Is Abandoned, But Maybe Not For Long