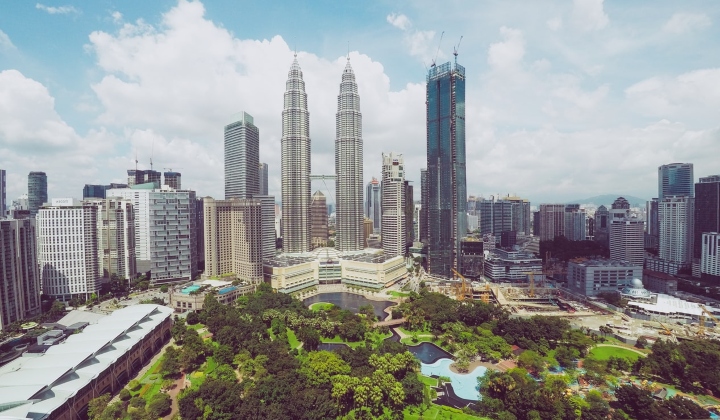 Have you recently asked yourself why there are so many tourists everywhere you look when youâ€™re walking around KLCC or Pavillion?

Do you find yourself quietly standing on the escalator surrounded by people speaking foreign languages as you try to avoid getting smacked in the face by the large handbag of the Middle Eastern lady standing in front of you?

Well, itâ€™s probably because there have been a lot of tourists in KL recently.

In fact, there have been so many tourists in KL that KL happened to be the sixth most visited city in the world in 2018.

This ranking is based on Mastercardâ€™s annual Global Destination Cities Index that ranks 200 cities around the world according to the most international visitors.

And according to the index, KL actually had 13.79 million international visitors last year.

Bangkok topped the cities index with the most international overnight visitors for the fourth consecutive year – with 22 million visitors (thatâ€™s a lot of tourists!).

Paris and London made spots two and three respectively with around 19 million international overnight visitors each, followed by Dubai with 15.93 million and then Singapore at fifth place with 14.67 million.

Yes, that tiny city managed to beat us by 880k visitors.

According to the index, all the cities in the top 10 list had more international overnight visitors than last year, except for London, which saw a four per cent drop.

Whatâ€™s more, Asia-Pacific cities are experiencing the largest increase in international visitors since 2009 (9.4 per cent growth rate), hinting that more tourists are picking Asia as a travel destination rather than other regions.

Mastercard attributes this growth to the explosion of Mainland Chinese travellers, who have, BTW, jumped from eighth place to second place among the origin countries to travel to the 200 destinations ranked on this list.

The index also ranked cities according to most nights spent in on average and Kuala Lumpur came in at fifth place with 5.7 nights.

Antalya topped the list with 14 nights, followed by New York with 7.9 nights, and London and Istanbul with 5.8 nights.

The list also forecasts that out of all the countries, Tokyo will experience the largest uptick in visitors in 2019 due to the fact that theyâ€™ll be hosting the upcoming 2020 Summer Olympics.

Here are the rankings of the top 10 global destination cities of 2018.

FYI, this list is based on Mastercardâ€™s proprietary analysis of publicly available spending data and visitor numbers.

The results obtained from their study include information on the most-visited cities as well as consumersâ€™ spending habits when travelling.

Besides this list, Malaysia has been on a lot of other lists lately too.

Spongebob Squarepants To Do List GIF from Spongebobsquarepants GIFs

There were some bad ones; like the time we climbed four spots higher on the â€˜Worlds Most Expensive Citiesâ€ list.

But some really good ones as well; like when Malaysia ranked in the worlds sexiest nation AND sexiest accent lists as well as when Penang made the top 10 list of great value beach destinations.

Guess we can add another trophy on our shelves with this latest ranking!