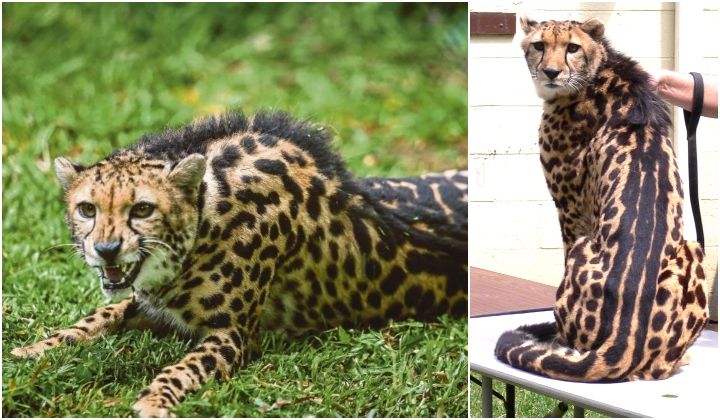 Cheetahs with this pattern are called the â€œKing Cheetahâ€.

According to Zookeeper Umar Ashraf, Zoo Negara was unaware that Boltâ€™s mother, Tianna, was pregnant with him when she arrived on Malaysian shores in February last year.

â€œIt is possible that they could end up developing the rare fur pattern.

“However, it is still too early to say.â€

Do you think they are cute enough? Baby cheetahs are called cubs and are usually born in litters of three to five. They are blind at birth and are covered with a thick coat of fur, called a mantle, which helps to protect them from predators. Come visit us! Don’t forget to say Hi! To Tianna and her twin cubs at Zoo Negara Malaysia. #zoonegara #wildlife #zoonegaramalaysia #cheetah #cubs

Due to their unusual markings, King Cheetahs were once thought to be a separate species. But theyâ€™re actually exactly the same as normal cheetahs.

The King Cheetahâ€™s biggest threat is habitat loss due to increased urbanisation and human settlement.